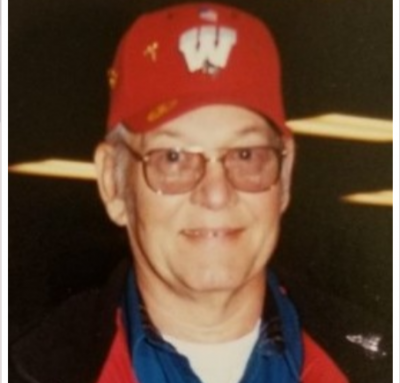 Fred was born on February 28, 1942 at home in the township of Hustisford, the son of Paul and Catherine Zingsheim (nee Lischka). On October 23, 1971 he was united in marriage to Dianne L. Kruzan. Fred attended Hustisford Grade School and then Mayville High School. After high school, he worked on his dad’s farm, and then served in the United States Army for 8 years. In that time, he was stationed in Germany until his deployment to Vietnam for 31 months. He belonged to the Theresa American Legion Post 270 for 50 years, and belonged to the Mayville VFW Post 10170. After his military service he worked numerous jobs and then went to Broan Nu-Tone where he retired in 2001, after 31 years of service.

Fred loved spending his summers up north at his mobile home with his wife just to relax, go fishing, and going to casinos. He loved his Wisconsin Badgers and other sports. In the winter months he loved deer hunting, bowling couple’s leagues and dart leagues. Most of all he enjoyed a good game of Sheepshead.

Fred is survived by his wife, Dianne of 48 ½ years; one sister, Rita Schulties; Dianne’s sister, Linda (Courtney) Daniel; brother-in-law, Roy Ewert; and sister-in-law, Marilyn Zingsheim. He is further survived by two godchildren, Tracie (Kurt) Frank and Stephanie Klemme; as well as many nieces, nephews, other relatives and friends.

Please consider signing our online guest book to share your condolences with the family. Cards addressed to the family may be sent in care of: Myrhum – Patten Funeral and Cremation Service, 1315 W. Washington Street, West Bend, WI 53095.