June 18, 2019 – Slinger, WI – Joan H. Beine,  83, of Slinger, passed away peacefully surrounded by her daughters on Monday, June 17, 2019, at Froedtert Hospital in Milwaukee. She was born on April 6, 1936 in Richfield to Bernard and Emily (nee Bingenheimer). Joan was raised on the family farm in Richfield.

She graduated from Slinger High School. On October 5, 1957, she was united in marriage to the late Robert Beine at St. Mary’s Catholic Church in Richfield. Joan was a homemaker and worked part-time at the Linden Inn. She retired from Wisconsin Pharmacal Company in Jackson. She was a member of the Christian Mothers of St. Mary’s Richfield and the American Legion Auxiliary – Post 483 of Allenton. Joan enjoyed bowling, camping, traveling, spending time with her children and grandchildren, and watching the Green Bay Packers. 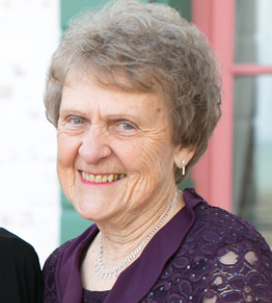 The family would like to thank the staff, especially Abby K., at the Froedtert Neurosciences Intensive Care Unit for all the compassionate care they gave to Joan.