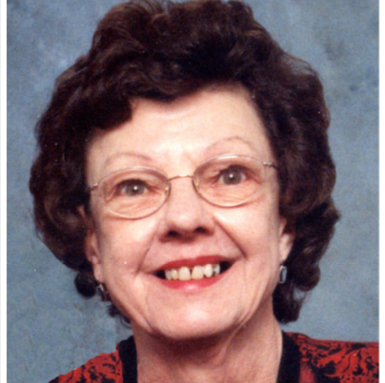 She was born on October 29, 1938 to the late Herbert and Gladys (nee Diels) in West Bend WI. She was baptized at St. John’s Lutheran Church in West Bend and was confirmed at Good Shepherd Lutheran Church in West Bend. On November 16, 1956 she was married to Pete. Joan worked numerous office and clerical jobs and worked for Kenro Manufacturing for over 20 years until retirement. On February 19, 1988 she was united in marriage to Guy Breger at St. Lucas Lutheran Church in Kewaskum. Joan enjoyed gardening, quilting, and listening to Polka and County music. She especially enjoyed spending time with her family. She will be dearly missed by all who knew her.

In addition to her parents, she is preceded in death by her former husband, Norman “Pete” Grover; her father-in-law, Ken Breger; and her brothers-in-law, Jerry Zielieke and Don and Alan Breger.

The family will greet relatives and friends at the funeral home on Sunday from 12:00 p.m. until the time of service.

Memorial to Trinity Lutheran Church or to the American Cancer Society in Joan’s name is appreciated by the family.

The family would like to thank the nurses and staff at Horizon Home Care & Hospice for all their help and care.