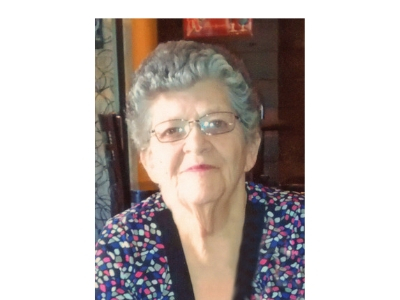 Margaret was born on August 29, 1944, the daughter of the late Leo and Agnes (nee Serwe) Kaehne. On November 10, 1962, she was united in marriage to Elmer “Butch” Giese at St. Matthew’s Catholic Church in Campbellsport. Butch preceded Margaret in death on October 28, 2013.

Margaret enjoyed sewing, gardening, decorating, reading, and getting out of the house to spend time with family and friends. Above all else she loved her family and watching her grandchildren grow up. She will be missed by all who knew her.

In addition to her husband and parents, Margaret was preceded in death by two grandchildren that she is taking care of in heaven, Grace and Blake; two brothers Norman and Bernard Kaehne; two sisters, Diane Herriges and Beatrice (Lyle) Manthei; an infant brother-in-law, Otto Jr.; a brother-in-law, Walter (Betty Ann) Giese; and a sister-in-law, Mary Ann (Benno) Miller.

A memorial service for Margaret will be held at 6 p.m. on Monday, April 22, 2019, at Holy Trinity Catholic Church, 331 Main Street in Kewaskum with Deacon Mike Koebel officiating. Burial will take place on Tuesday, April 23, at 10:00 a.m. at Holy Trinity Cemetery.

The family will greet relatives and friends at the church on Monday from 3:00 p.m. until the time of service.

The Myrhum Patten Miller & Kietzer Funeral Homes have been entrusted with Margaret’s arrangements.

The family would like to extend a heartfelt thank you to the Kewaskum Rescue Squad, the Fond du Lac County Sheriffs, and St. Joseph’s Hospital for the care provided to Margaret and her family.