October 1, 2019 – West Bend, WI – Miriam Louise (née Clark) Smith went home to be with her Lord and Savior on September 28, 2019. She was born May 18, 1929, in Centerville, Pennsylvania, to John R. and Pearl (née Decker) Clark. She was employed at General Electric in Erie, PA, and later graduated from the Erie Infants Home and Hospital. 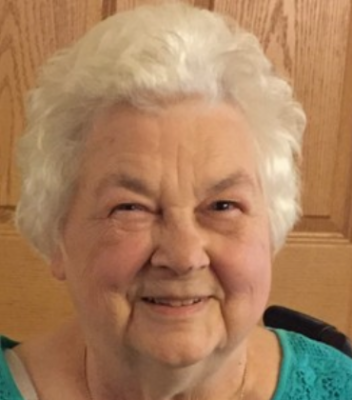 She loved caring for babies, many of whom were abandoned due to their physical challenges. A move to Riverside, California, brought her into contact with Ralph Smith, whom she married on September 13, 1951. That marriage brought five children into their lives. The United States Air Force led them to several locations and this country-raised girl saw the world – England, back to California, Japan, New York, and then the final destination of West Bend, Wisconsin.

As a child, Miriam recognized her need of salvation through faith in Jesus Christ and went forward to the altar at a tent meeting in Riceville, PA. While living in Winton, California, she was encouraged spiritually by listening to Christian radio programming, including “The Old Fashioned Revival Hour” and “Back to the Bible Broadcast.” It was through Theodore Epp’s daily program and correspondence courses that she made sure of her salvation in 1956 or 1957. 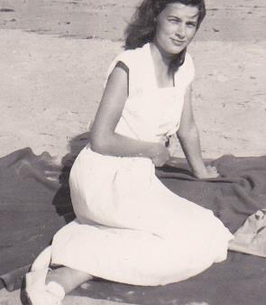 The Ladies Bible studies at Griffiss Air Force Base in Rome, NY, and giving her testimony at a large women’s meeting, helped her to grow spiritually in the 1960’s. After moving to West Bend, Miriam started attending First Baptist Church and was baptized there in 1968.

Through the years, she used her abilities as a pianist to play for church services, as well as accompanying other musicians. She played monthly at the Milwaukee Rescue Mission for many years. She taught Sunday School and Vacation Bible School, was active in the ladies group, sang in the choir or special groups, volunteered in the Christian day school, and served where needed. She and Ralph hosted and supported many visiting missionaries.

Miriam loved music and filled the house with the sound of her piano playing, records and cassettes, and making sure her children had piano and/or instrumental lessons. “Malaguena,” memorized during her teen years, was a favorite of all. Having family hymn sings around the piano brought her much joy. Miriam and Ralph enjoyed numerous trips to their cabin in northern Wisconsin. She volunteered at the Samaritan Home and with Meals on Wheels. She had a heart for those who were considered the underprivileged of society and befriended many, helping them in any way she could with their spiritual, emotional, and physical needs. Her warm smile drew people to her.

Miriam was the spiritual influence in each of her children’s lives, making sure they were in church, sending them off to school with a verse of Scripture implanted in their minds, and praying much for them. She loved her grandchildren and they loved her. She would spend as much time with them as possible, playing countless games of Monopoly, checkers, badminton, and Pie Face. She made sure their birthdays were remembered, as well as special occasions. She prayed diligently for each of them.

Due to health issues and increasing dementia, her last three years of life were spent in assisted living homes in West Bend (Ivy Manor) and Menasha (Prairie Home). The family appreciates the love and care shown to her.

In lieu of flowers, memorial contributions may be made to the Milwaukee Rescue Mission.