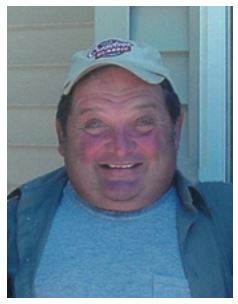 Nick was born Dec. 8, 1946 in Hartford to Agnes (nee Hanrahan) and Hubert Klink and grew up in Rubicon, WI. He served our country in the United States Air Force from 1966-1970 and was a Vietnam Veteran. He was united in marriage to Janet G. Priesgen on January 13, 1973.

Nick worked for Richard A. Wolter and in 1980 went on to work for the City of Hartford in the public works department, retiring July 2005. Nick was also a volunteer firefighter for the Hartford Fire & Rescue for 14 years. Nick loved carpentry and could always be found fixing something or working on a new project. He will be remembered fondly of his willingness to help anyone out and was a friend to many. His smile, laugh, and great sense of humor will be incredibly missed.

He is preceded in death by his parents, Agnes and Hubert; brothers, Hubert “Bert” and David (Ruth) Klink; parents-in-law, Eugene (Vanilda) Priesgen; and brother-in-law, Ronnie Priesgen.

A memorial service with military honors for Nick will be held Wednesday, March 13, 2019 at 7 p.m. at the Shimon Funeral Home (824 Union Street Hartford, WI 53027) with Fr. David LaPlante officiating. Family will greet family and friends on Wednesday from 4:00-6:45p.m.

Nick’s family would like to share their sincere appreciation to: Interfaith Caregivers and their wonderful services aiding in Nick’s transports, Dr. Rebecca Stormont and her awesome care of Nick, Fr. David LaPlante for his continuous support and concern, the Hartford Fire and Rescue for their outstanding service and going beyond their call of duty with such care, and to all their family and friends who have been there for Nick and his family with his declining health.

The Shimon Funeral Home is serving the family.