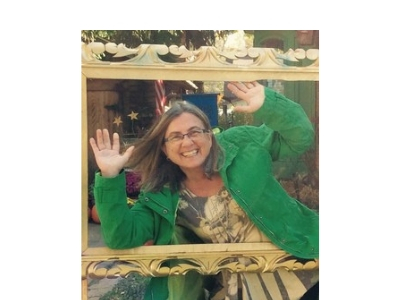 Ruth was born on August 3, 1953 in West Bend, Wisconsin. After graduating from West Bend East High School in 1971, she earned her Bachelor’s of Art Education Degree from UW-Oshkosh in 1975 and her Master’s of Environmental Education for Teachers from UW-Stevens Point in 1995. She began her 34 year teaching career at Arcadia Public Schools in the fall of 1977. From 1987-2011 she taught Art Education for K-6 and Gifted and Talented for Boscobel Area Schools. Ruth was also the Paul Brandt School Forest Coordinator from 2006-present.

Ruth’s career as an art educator was one that she valued very much. She felt that there was no better job than educating young children about the arts. Ruth’s commitment to environmental causes was evident throughout her life. She was a Save the Rainforest chaperone, taking high school students to Panama for three summers. After traveling to Siberia to work with students at a nature camp in 1995, she became a dedicated volunteer with The International Crane Foundation, which supports the Friends of Muraviovka Park in far east Russia. Ruth was a life member of the following organizations: Wisconsin Association of Environmental Education, North American Association for Environmental Education, National Education Association, and Prairie Enthusiasts.

Ruth enjoyed birding, traveling, making barn quilts, and spending summers at the lake and time with friends and family. As an avid rock hound, she collected rocks from 49 states while traveling across the USA. Ruth loved road trips and having many interesting adventures along the way.

Ruth was preceded in death by her parents, Carl P. Bauer and Rose Bauer (Lecher) and her significant other, Paul F. Brandt, of Boscobel. She is survived by her sister, Rosemary Stendahl, of West Bend; brother, Richard Bauer (Marie Danekas), of Lomira; and her brother, Ralph Bauer (Jane) of West Bend; best friend Martha Kronholm. She is further survived by nephew Jason (Angela) Stendahl, niece Janel (Adam) Zelm, other nephews, nieces, cousins, great nieces and nephews and many good friends.

A Memorial Service for Ruth will be held at 1 p.m. on Sunday, March 10, 2019 at The Phillip Funeral Home Chapel (1420 W Paradise Drive, West Bend). A visitation will be held at the funeral home on Sunday, March 10, 2019 from 10 a.m. until the time of service. Reception to follow. Reverend Deacon Cliff Perkins will be officiating. A Celebration of Ruth’s Life will also be held at the Paul Brandt School Forest on or around Earth Day this spring.