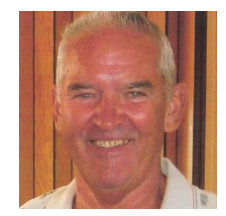 Norbert graduated from West Bend High School with the Class of 1957. Following his marriage he served in the U.S. Army and was stationed in Fairbanks, Alaska. After his discharge he returned to work at the Gehl Company, retiring in 2001 after 42 years of employment.  He was a member of the Hexelbank 25 year club at the Gehl Company.

He loved to golf and could often be seen riding his bike around town. Norbert and Mary Jo enjoyed travelling around the United States by car and bus.

Norbert is survived by his wife of 58 years, Mary Jo, his son Dan, step-son Tyler (Casey) Beauregard and his step-great-grandson Osiris Beauregard. He is further survived by his siblings: Maryann (Ken Rayeske) Monday, Kenneth Monday, Margaret Jaschob, Michael (Judy) Monday and Rosie Spartz, a brother-in-law Jim (Tara) Wilke and nieces, nephews and other relatives and friends.

Funeral services will be held Saturday, January 19, 2019 at 2:30 p.m. at the Schmidt Funeral Home in West Bend with Deacon Mark Jansen officiating. Private entombment will be Monday in Washington County Memorial Park. The family will greet visitors on Saturday at the funeral home from 12:30 p.m. until 2:15 p.m.  In lieu of flowers memorials to the Alzheimer’s Association are appreciated.

Our family would like to extend a special and heartfelt Thank You to the staff at Ivy Manor III in West Bend for the kind and loving care given to Norbert.