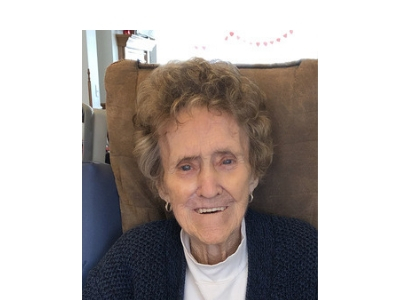 She was born on February 21, 1931 to Alphonse and Catherine (nee Flasch) Braun. On August 21, 1954, Priscilla married Raymond Biertzer and they began their family.

A Mass of Christian Burial will be held at 6:00 p.m. on Monday March 4 at St. Mary’s Immaculate Conception Catholic Church (415 Roosevelt Dr. West Bend WI 53095) with Fr. Andrew Infanger presiding. Visitation will be at the church on Monday from 4:00 p.m. until time of Mass. Interment will be at Old St Mary Cemetery.

The family would like to thank the caretakers at Ivy Manor, especially Lisa, and the staff at Serenity Hospice for all the loving care they gave to Priscilla.