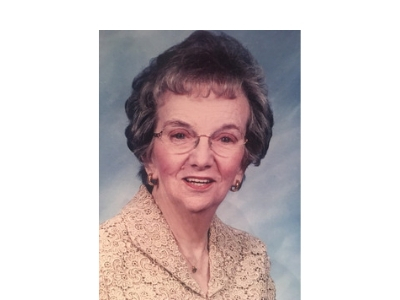 A devoted wife, mother and grandmother, Rachel was an accomplished dairy farmer who loved the land, their animals and our country. Born in LaSalle, Ill. August 8, 1927, daughter of Thomas and Anne Shaughnessy, Rachel was raised on her parents’ farm, located on what is now Starved Rock State Park.

She was united in marriage to the love of her life, John “Skip” Sandretti, in May of 1950. When Skip returned from service in the US Air Force during the Korean War era, they became dairy farmers near Watertown, Wis. In 1967, they moved their family dairy operation to Iron Ridge, Wis. where they lived for 20 years. Married for 49 years, Skip preceded Rachel in death on January 16, 1999.


After Rachel and Skip left the dairy during the depths of the 1980’s farm crisis, Rachel took up a new passion: caring for the elderly. First, at the Tri-Manor senior home in Hartford, Wis. then, as the primary caregiver for her mother-in-law, Catherine Sandretti in Lebanon, Ill. In 2013, Rachel returned to her beloved Wisconsin to reside with family in the village of Fox Point.

Rachel, who after high school worked in the local USDA field office during the Truman Administration, and Skip, whose grandparents included Italian immigrants and a prominent Irish-American farmer rights advocate in the 20’s and 30’s, passed on the values of justice, fairness and honesty to their five children, 9 grandchildren and 2 great grandchildren.
Rachel was an avid sports fan, especially baseball, rooting for the St. Louis Cardinals, who she followed since she was a girl, and her adopted favorite, the Milwaukee Brewers. Above all, Rachel loved spending time with her grandchildren, nieces and nephews.


Memorial Mass of Christian Burial will be celebrated at Resurrection Catholic Church (215 Main St., Allenton) on Saturday, March 23 at 1:00 p.m. with the Very Rev. Fr. Richard Stoffel presiding. Visitation for family and friends from 11:00 a.m. – 12:45 p.m. In lieu of flowers, gifts in Rachel’s name may be made to Horizon Home Care & Hospice, Mequon, Wis.