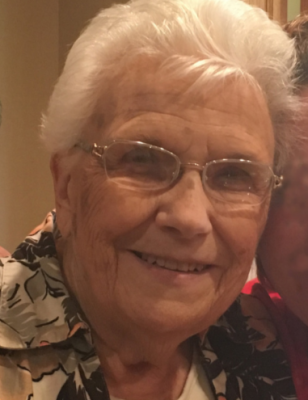 Rosemary was born on May 11, 1925, in Schofield, the daughter of the late William and Ann (nee Kaser) Dewsenberry. Rosemary attended St. Agnes, St. John de Nepomuk, and Engleberg Schools Menomonee Falls and North Division High Schools. On May 19, 1946, she was united in marriage to Martin Keller at St. Boniface Catholic Church in Milwaukee. Rosemary and Martin then moved to West Bend in 1947 and eventually to Kewaskum. She was active at St. Frances Cabrini and Holy Trinity Catholic Church. Martin preceded Rosemary in death on March 22, 1998. She was employed at Enger Kress and Wisconsin Electric as an executive secretary. Rosemary loved sewing, knitting, crocheting, reading, oil painting, camping, and widely traveled.

In addition to her husband and parents, Rosemary was preceded in death by two children, Jeffrey Keller and Linda (Carl) Keller; a daughter-in-law, Jill Goll-Keller; brothers and sisters-in-law, nieces, and many friends.

A Mass of Christian Burial for Rosemary will be held at 11 a.m. on Thursday, October 10, 2019, at Holy Trinity Catholic Church, 331 Main Street, in Kewaskum. Rev. Jacob Strand will officiate and entombment will follow at Washington County Memorial Park.

Rosemary’s family will greet relatives and friends at the Myrhum Patten Miller and Kietzer Funeral Home, 215 Forest Avenue, in Kewaskum on Wednesday, October 9, 2019, from 4 p.m. until 7 p.m. Visitation will continue at the church on Thursday from 10:30 a.m. until the time of Mass..