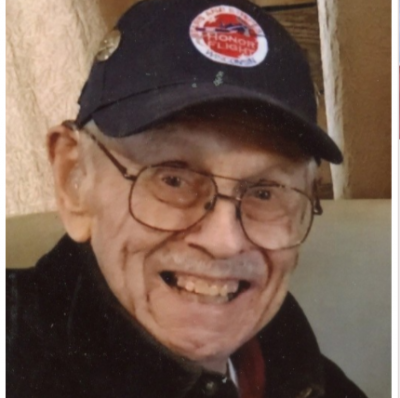 Bill was born on February 1, 1930, in Milwaukee, the son of the late Aloysius and Catherine (nee Benson) Maiers. On April 24, 1954, he was united in marriage to Jane Helz at St. Agnes Catholic Church in Milwaukee. Jane preceded Bill in death on September 3, 2014.

Bill served his country in the U.S. Army during the Korean War and recently went on the Honor Flight in 2016. He was journeyman carpenter and was self-employed until 2000. Bill and Jane then moved to Big Flats. Bill was an avid outdoors man, loved to read, and enjoyed building wooden toys for all of his grandchildren.

In addition to his wife and parents, Bill was preceded in death by a daughter, Karen Kroening; a son-in-law, Greg Ziebell; two sisters, Lorraine (Don) Peplinski and Joyce (Harold) Bell.

Funeral services for Bill will be held at Noon on Sunday, November 24, 2019, at the Myrhum-Patten Funeral Home, 215 Forest Avenue, in Kewaskum.

Bill’s family will greet relatives and friends at the funeral home on Sunday from 11:00 a.m. until the time of service.

The Myrhum Patten Funeral Home has been entrusted with Bill’s arrangements.