February 8, 2020 – Fond du Lac, WI – Day 1 of the 2020 spearing season went about as expected.  Due to variable ice conditions throughout Lake Winnebago, the DNR was anticipating a reduction in spearing effort for the opener. Further, the unfavorable water clarity was expected to result in a reduced harvest.  Today’s opening day shanty count of 2,439 shanties was 47% lower than observed during the 2018 spearing season (4,625 shanties), and today’s harvest of 44 fish was the lowest opening day harvest on Lake Winnebago since the 2013 season (more data in today’s vignette below). 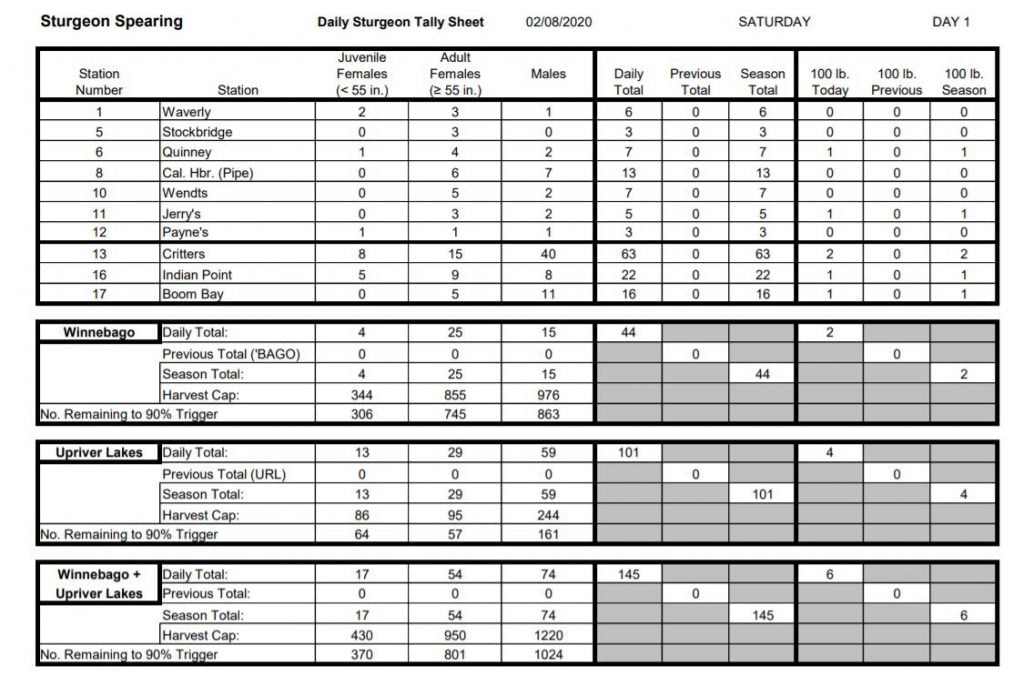 A total of 101 fish were harvested from the Upriver Lakes, which is the lowest opening day harvest since the lottery system was implemented in 2007. Today’s harvest reached 30% of the adult female harvest cap.  With 20% of the spearers on the Upriver Lakes now tagged out, it looks like the Upriver Lakes fishery will go well into the upcoming week, or possibly longer. 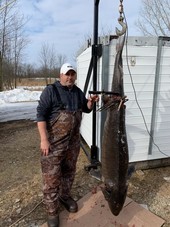 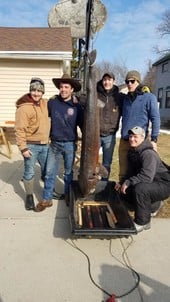 The potential impacts of the variable ice conditions coming into opening day of the 2020 spearing season were well documented.  Our aerial shanty counts showed that the highest concentrations of shanties were close to shore and in protected bay areas of Lake Winnebago.

For the most part, the middle of the lake was barren of shanties. Ice conditions may have caused some spearers to avoid the ice today, but conditions didn’t stop Brandi Lefeber. 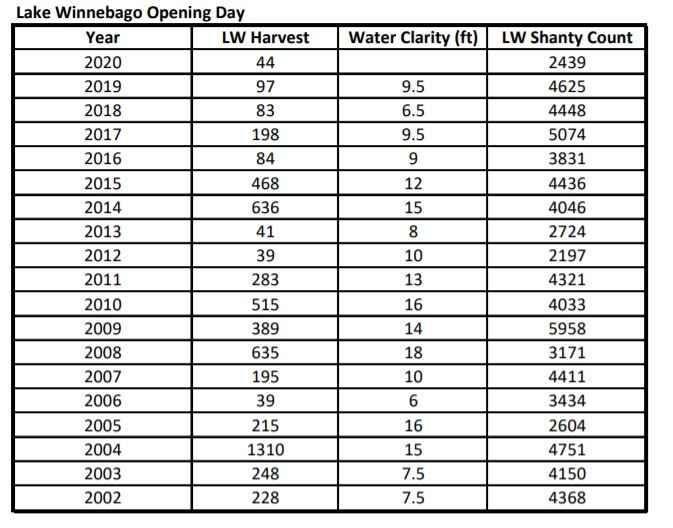 Brandi walked out onto Lake Winnebago from behind her family farm to spear using a deer antler as a good luck decoy. She was successful in spearing a 91.7 pound fish while using a tent as a shanty. Congratulations to Brandi and the other spearers that were able to get out on the lake and have success on opening day! 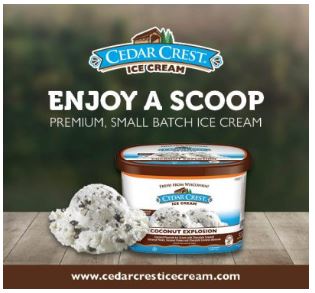