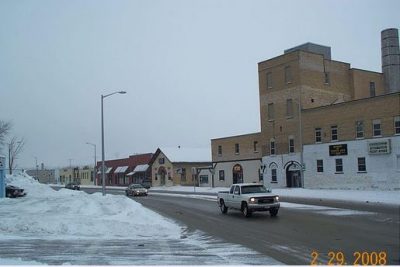 Nov. 5, 2017 – West Bend, WI – A familiar landmark in West Bend may have a change in its future as a proposal goes before the West Bend Plan Commission this week.

On the agenda for Tuesday, Nov. 7 is a concept plan for a multi-family residential development located at the northeast corner of N. Main Street and Franklin Street, by Robert Bach, P2 Development Company, LLC.

The property is currently owned by Chris Schmidt and Clifton Davis; the pair bought the building in 2010. 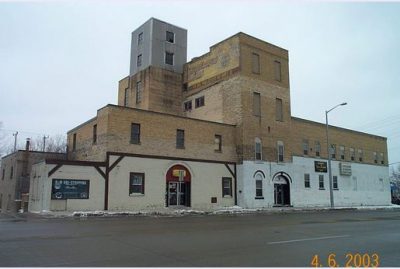 “We had the intention of developing it,” said Chris Schmidt of West Bend. “We liked the location, the opportunity to help expand the development on the north side of the river and make that connection from downtown to Regner Park.”

“We’ve looked at expanding the current tenant base or entertain various redevelopment-type discussions from people interested in restaurants and breweries to replacing the building over the last seven years,” said Davis. “Including developing it on our own.” 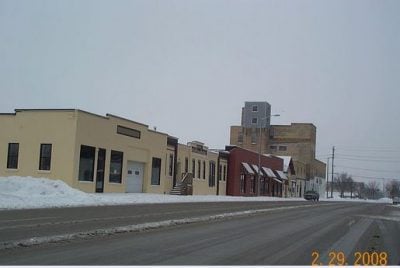 The financial cost of developing the building and the time commitment was a big job for Davis and Schmidt considering they are young guys with families and day jobs. “It was a pretty big thing to bite off,” said Schmidt.

A mutual decision was made to exit the building and turn the reins over to developer Bach and his company.

Several attempts were made to contact Bach about his proposal.

Both Schmidt and Davis said the idea is very preliminary but early plans include leveling the building and putting up market-rate apartments.

Plans submitted to the city of West Bend are below. Early word is the development would be from Franklin Street north and could include 90 apartments with 100 spaces for underground parking.  The grading/levels of the building have yet to be disclosed but to fit that number of apartments the building would have to be more than one story. 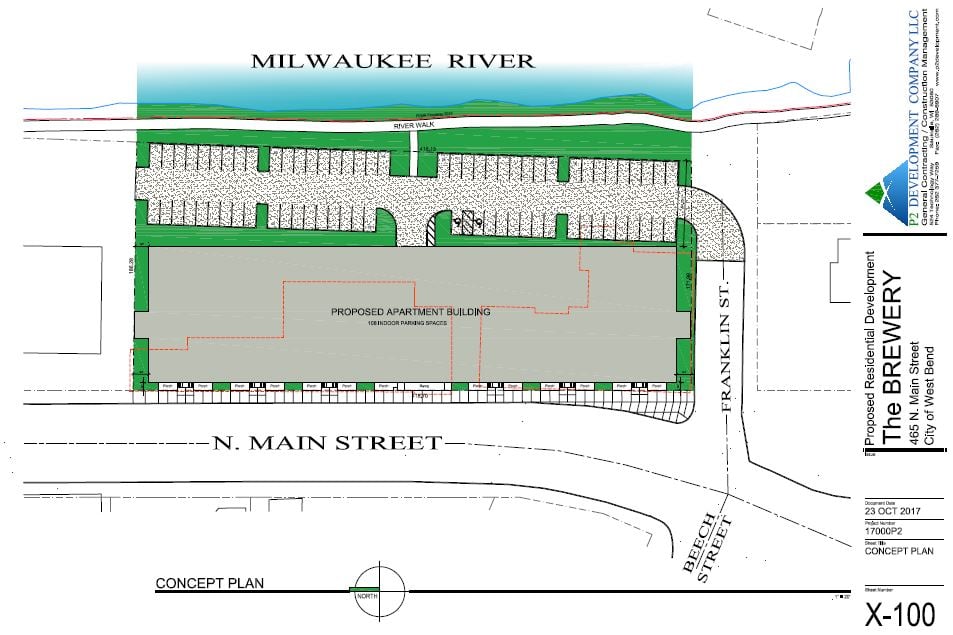 Is there a need for more apartments? Davis said it was more of a decision about timing. “We knew we weren’t going to be able to take the building forward,” he said.

“We had more discussions with others about what other alternatives were out there and we got connected with Bob, who has done a lot of high-end developments and I thought that would look great in West Bend,” Davis said. “He has the wherewithal to do it and the experience.”

The decision, for the pair, was difficult.

“We both said early on if somebody came to us with a plan, whether we could be part of it or not, we wouldn’t want to stand in the way of something we thought could benefit the city,” said Schmidt. “Personally I’d love to do what Bob is going to do it’s just he’s at a different place than Clifton and I right now and he can actually pull it off.”

The timeline on the development depends on what is approved by the city.

Tenants in the buildings have been informed about the possible changes ahead. “We had an initial discussion with them to let them know this is coming,” Davis said. “We don’t know the timeline but we really want to be open and honest with them.”

Schmidt said we he spoke to tenants they had a bit of anxiety about change.

“They were all understanding,” said Schmidt. “I mean the building has its challenges.”