June 3, 2019 – West Bend, WI – A proposed five to six-story active senior living apartment-style complex is being proposed near downtown West Bend. The site is a 4.45-acre parcel on the south end of the former Gehl property just to the west of S. Forest Avenue.

RTN Development, LLC, based in Minnesota, stepped forward with the proposal and in closed session at Monday night’s, June 3, Common Council meeting entered into an agreement with the City. The purchase of the property is still being negotiated.

Todd Novaczyk, is CEO with RTN Development.  “This will be a market-rate rental,” said Novaczyk. “There will be about 130 to 150 units with underground parking.” 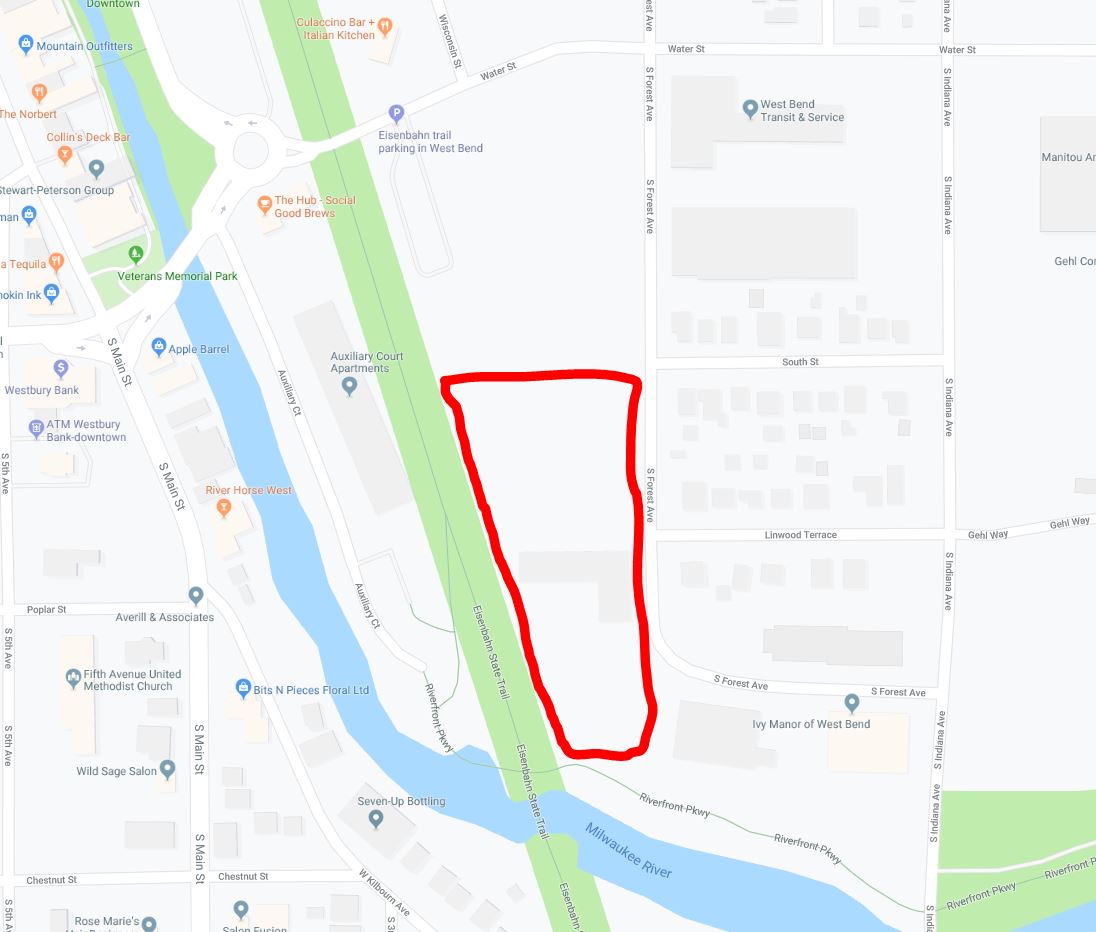 The project, according to Novaczyk, is to be completed in partnership with New Perspective Senior Living, the very same organization serving the West Bend community with independent living, assisted living and memory care on Continental Drive.

That former Gehl Company property had been under remediation for the past 7+ years.

The northern end of the Gehl lot will also be under development as the City announced an agreement on May 6, 2019 with RafRad LLC and Kinseth Hospitality with the intention of constructing a hotel and office building in the downtown on a portion of the 8-acre site formerly home to Gehl on the southwest corner of Water Street and Forest Avenue.

Novaczyk said the timeline on the apartment development hinges on a number of factors. “If we can get through City Council and get our plans done and get approvals, we could conceivably break ground this fall,” he said.