Judge Gonring wrapped up a 20-year career on the bench. He announced his retirement in November 2019.

The fleet of vehicles took off from Park Avenue at 12:05 p.m. and headed north past Gonring’s red brick home. The caravan sported lights, US flags, and decorative lights as many honked their horn and shouted well wishes from behind the wheel.

Gonring responded with a waive and smile.  “Thank you,” he shouted as he watched the parade from his front porch step. 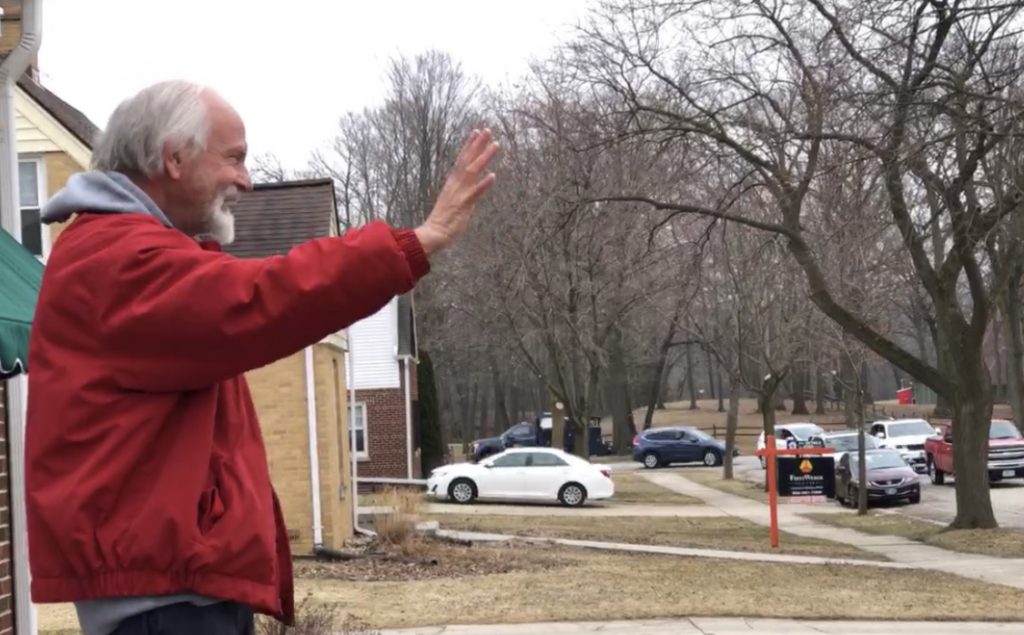