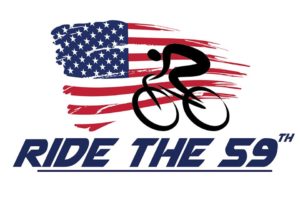 In 2014, then State-Assembly candidate Jesse Kremer and his supporters spent two days bicycling over 80 miles through the entire 59th Assembly District.
This campaign event allowed Kremer to stop and talk with constituents in a casual setting throughout Calumet, Fond du Lac, Sheboygan and Washington counties.
Rep. Kremer invites supporters to enjoy the beautiful northern Kettle Moraine by biking along for as little as one segment or, for those who are more ambitious, the entire two day ride!
This is Kremer’s third-annual “Ride the 59th” fundraiser and meet/greet.
Rep. Kremer has scheduled the 2016 “Ride the 59” for the weekend of June 10-11.
Half-hour stops are scheduled to allow families the opportunity to meet their representative and the Kremer family.
“I am not an independently-wealthy candidate, but I do believe in working hard for financial support. If you believe in my ethics, hard work and values, I would truly appreciate your support, whether through your enthusiasm at one of my half hour stops next weekend, by biking with me on a segment or two, or via a small monetary donation to assist in my re-election campaign.“
The ride will begin on Friday, June 10:
10:00-10:30 PM Veterans Memorial at the Kiwanis Park (Van Buren/Hickory, New Holstein)
11:45-12:15 PM Idlewile Inn (1306 Main Street, St. Cloud)
1:00-1:30 PM Wade House State Park (Intersection of Plank Road/Center Road, Greenbush)
2:30 PM Dundee Mill Park behind the Hamburger Haus (N3059 State Road 67, Dundee)
4:00 PM Possible camping at Long Lake

The second day of the ride continues on Saturday, June 11:

Full “Ride the 59” details can be located at www.ridethe59.com.