Germantown, WI – The Germantown Police Department is posting a reminder about road work that will affect motorists in Washington and neighboring Waukesha Counties. 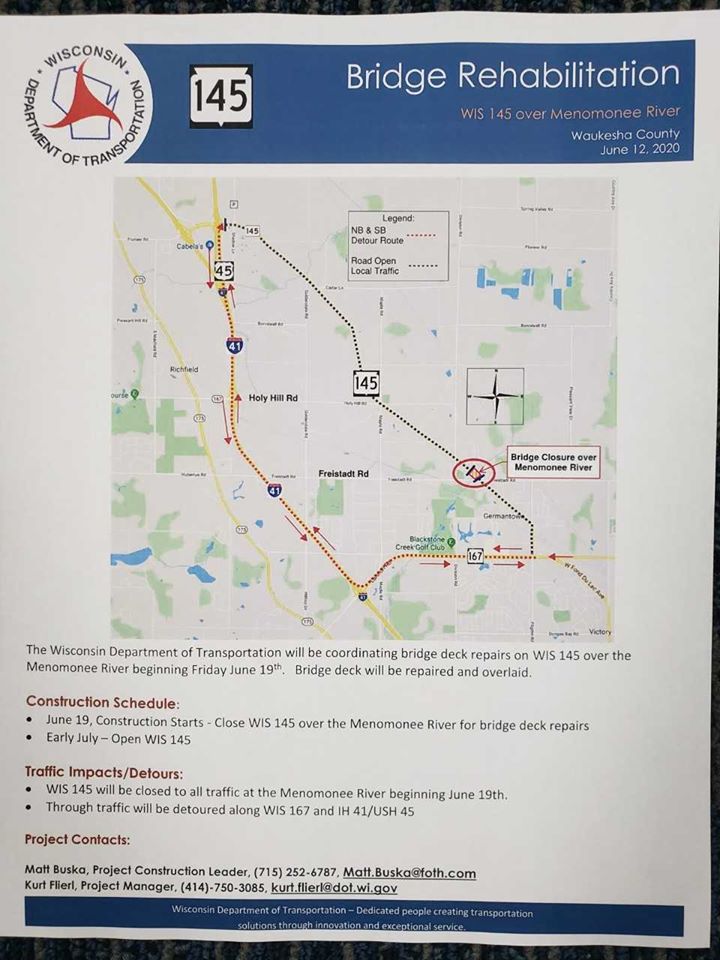 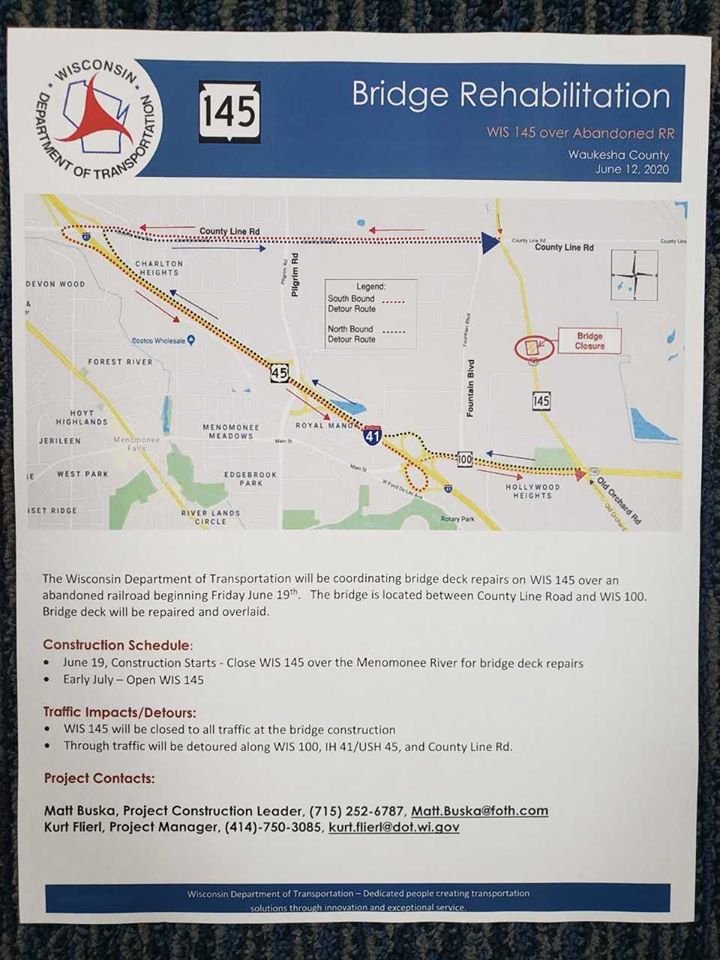 Below are project flyers for closures of WIS 145 related to bridge work that began June 19.