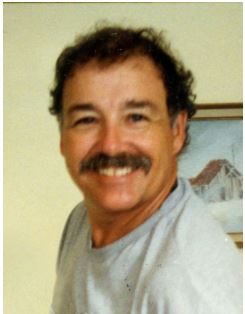 Mike was born on September 3, 1949, in Hartford, the oldest son of Martin and Lorraine (nee Martin) Hetzel. On May 24, 1992, he was united in marriage to Mary Kay Davies at Fries Lake Chapel.

Mike did everything for everybody.   He enjoyed spending time with his family and friends and enjoyed activities including camping, riding his motorcycle, and working on DIY projects.    Mike worked for the Washington County Sheriff’s Department for 35 years and retired as a Lieutenant for the department in 2007.   He continued to work for the department part time as a special deputy.

Mike was preceded in death by his father, Martin Hetzel.

Mike’s family will greet relatives and friends at the funeral home on Saturday from 1:00 p.m. until the time of service. In lieu of flowers please contribute donations to the Lymphoma Research Foundation.

The Myrhum Patten Miller & Kietzer Funeral Homes have been entrusted with Mike’s arrangements.