Services to be held Thursday, Dec. 21 and Friday a Mass of Christian Burial for Collin O’Hair 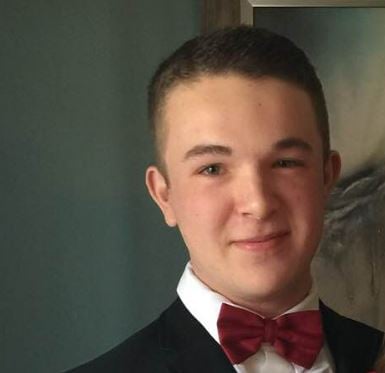 Collin graduated from Marquette University High School in May 2017, and had plans to pursue a career in law enforcement.

Collin enjoyed fishing with his grandpa, cooking, playing baseball, basketball, volleyball and video games. He was a member of the Trap and Lacrosse teams during high school, was a Boy Scout and went camping at nearly every opportunity. Even though Collin is gone from this earth, his smile and sense of humor will remain in our hearts forever.

In lieu of flowers, donations to Marquette University High School or The Society for the Prevention of Teen Suicide, in Collin’s name, would be deeply appreciated.

Please keep the family of Collin O’Hair in your prayers during this difficult time.

Previous articleVIDEO | Exclusive: Rick Gundrum hears the news about Tuesday night win
Next articleVIDEO | Shop at All in Books in Downtown West Bend this Christmas