August 5, 2021 – West Bend, WI – Saturday, August 7 is a big day for the West Bend Special Olympics softball team as it will head to the State Tournament at Carroll University in Waukesha.

Mary Fiegel has been coaching the team for over 48 years. Santo Mortillaro Sr. and Jeff Werner are assistant coaches. Both have sons on the team.

Werner said, “Throwing practice really helps… Some of them are a lot better than they used to be. And the hitting has greatly improved.”

“This is as great for me as, I’m sure, for the kids,” said Mortillaro, “During those games and afterwards it’s always wonderful.” 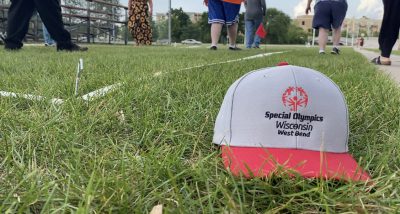 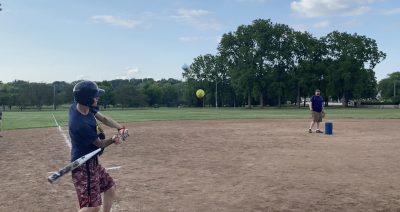 At the District Tournament, both the softball team and Bocce team took first place to advance to State.

The softball team won 9 to 6 against Team Milwaukee Blaze and then 15 to 13 in the Championship game against Spring City Thunder.

The State Tournament will be held on August 7, 2021, at Carroll University in Waukesha.