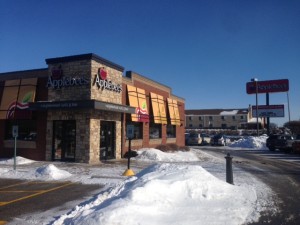 Apparently there’s some scuttlebutt about this again – here’s the original post from Jan. 13, 2016. Find all your local news first at http://www.washingtoncountyinsider.com

The properties were acquired via lease assumption, and are operated by Wisconsin Hospitality Group, LLC, a multi-concept operator. BNL currently owns 22 Applebee’s restaurants in seven states.