Jan. 27, 2018 – West Bend, WI – The dictionary defines The American Dream as the ideal that every US citizen should have an equal opportunity to achieve success and prosperity through hard work, determination, and initiative. 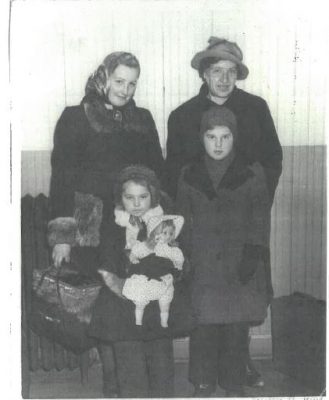 Kons Sadownikow’s American Dream began in 1951, at age 9, when he immigrated with his family from Serbia. They traveled through Ellis Island and New York City.

Sixty-eight years ago, on January 25, 1951 they arrived by train in West Bend, WI. When Kons went to his sponsor’s house that day, the owner turned on the light switch in the living room, which also turned on the television. Kons was surprised to see they had ‘movies’ inside the house. Kons had never seen a TV prior to this day.

Throughout his life, Kons has exemplified what it means to be an American. He earned his United States Citizenship, has been employed since age 11, and honorably served in the United States Army. As a proud and charitable American, Kons believes in personal responsibility, a limited government, family, friends and fraternization. 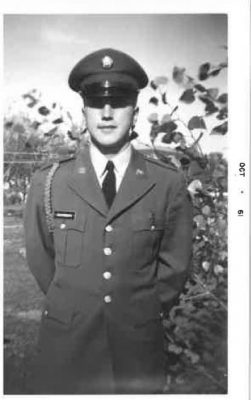 Kons married his wife Mary Ellen in 1968, and they raised a family together. He started his own business in 1980, and successfully operated it for over 37 years. When his business started out, times were tough. Kons rented a desk and a phone for $35 a month. Interest and unemployment rates were high. In his first year he worked hard and was able to land a couple of jobs. With the profits from these jobs he paid off his business loan and at the end of the first year he had $10 left.

Over the years, through hard work and dedication, Kons was able to grow American Companies. Today, the firm is a full-service design and build commercial construction management company. They have an architectural department, operations team, office staff, and commercial broker.

“Kons isn’t going to spend his retirement sitting on a front porch in a rocking chair. That just isn’t who he is.” – Kraig Sadownikow, (Kons’ son and company president since 2000) 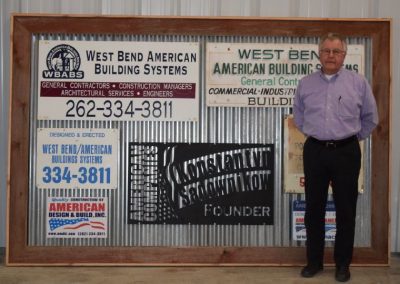 Kon’s mottos through life have been “Yes, move forward with confidence” and “I LOVE LIF.”

The Declaration of Independence states, ‘We hold these truths to be self-evident, that all men are created equal, that they are endowed by their Creator with certain unalienable Rights, that among these are Life, Liberty and the pursuit of Happiness.’

Kons is the epitome of these words and the American Dream. He is full of life, determination, liberty, and hard work. He will be truly missed at American Companies, but there is no doubt his legacy and drive to achieve The American Dream will live on in the organization he founded. 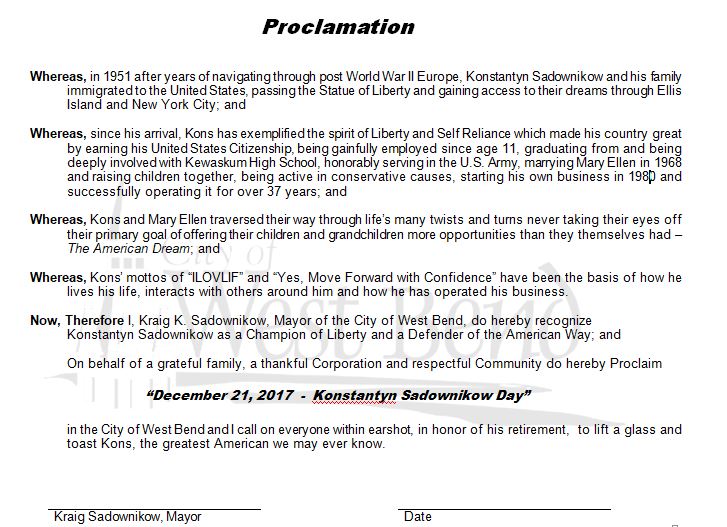