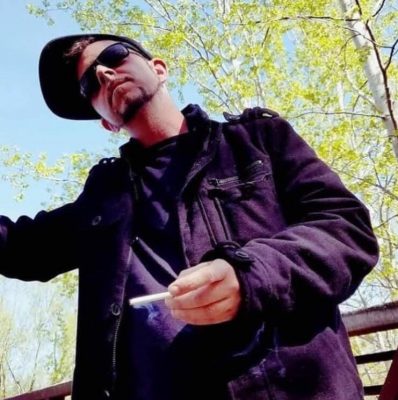 He had a huge interest in rap music and sci-fi.  He was also deeply religious in a Johnny Cash sort of way.  People would not guess from his hip hop persona but he had more faith in Jesus than any church lady I’ve ever met.
A lot of people know me from my caricatures etc… but everyone knew Rich.
He was a bigger than life personality, famous and infamous, known for his dramatic storytelling and crazy sense of humor.
Hundreds of people are walking around with his artwork on their bodies and holes in their hearts today.
He will be missed by everyone who knew him.
Monday night, December 28, his friends gathered in downtown to release balloons in his memory.
Fundraising plans are under way.
His artwork, comics and music will be sold to provide for his family.
Rex Rubenzer