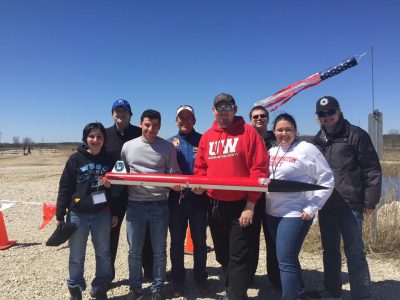 The annual competition took place at Richard Bong Recreational Park in Kansasville, WI and is an opportunity for college students to demonstrate their engineering and design skills through direct application. Each team must conceive, design, fabricate and compete with high-powered rockets. This year’s specific challenge was to generate electricity on ascent of launch.

Prior to launch, the rockets were inspected for flight safety at the EAA AirVenture Museum in Oshkosh. Students also completed an oral presentation at Carthage College.

Results will be announced in a few weeks. The three top teams will present their results at the 27th annual Wisconsin Space Conference at UW-LaCrosse in August.