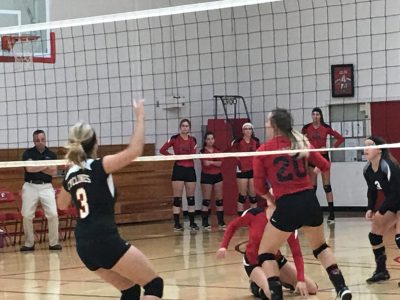 “The goal for this match was to serve with a purpose being consistent, defensive positioning and controlling the offense,” said coach Deb Butschlick.

The team served at 92 percent with only six errors and 13 ace serves.  “Defensively we were better, but as a team we need to read the opponent quicker and move faster,” Butschlick said.  “The passing accuracy was better, we were able to run the quick offense and have multiple players involved in each play.”

Courtney Peters led the team with 6 kills out of 13 attempts.

Meghan MacFarlane had 4 kills out of 11 attempts, 4 ace serves.

The next match for UW-WC is an away game at UW-Fox Valley on Wednesday, Sept. 20 at 5 p.m.