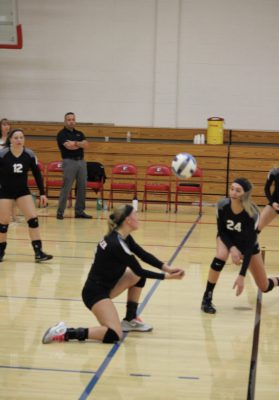 The girls went into the match knowing it was going to be one of the tougher conference games of the season. During all three games we continued to stay positive and focused and have fun.

As a team we concentrated on communicating with each other and covering our hitters. The match was filled with lots of energy from both sides of the court and was one of the more exciting games to play so far this season.

With only a few more conference games left, the Lady Wildcats are looking forward to playing at WCC State Tournament later this month, and hopefully keeping an undefeated record. 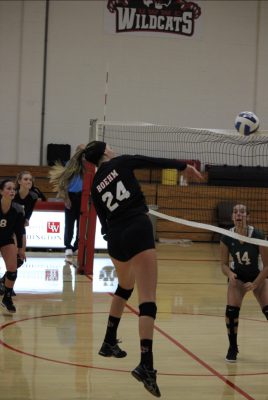 The next home match is Thursday, Oct. 11 against Maranatha College at 7 p.m.