According to the Washington County Sheriff 37-year-old Benjamin Hewett was killed when his northbound vehicle cross the center median and struck a southbound semi.

Three dogs in Hewett’s vehicle were also killed.  The accident remains under investigation. 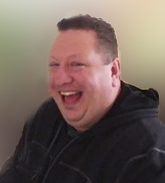 Ben was working hard to finish his HVAC Certification at WCTC.