August 15, 2017 – West Bend, WI – A note of thanks from the Moehr family as they prep for their final day at Toucan Custard in West Bend.

The family has sold the 1950’s restaurant and moving on to another chapter of their lives.

Watch for the special final flavor of the day – created by the community. 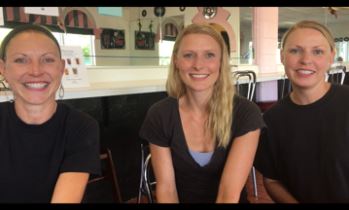 August 8, 2017 – West Bend, WI – After 27 years as owners of a landmark business in West Bend the Moehr family is moving forward with their lives and announcing the sale of Toucan Custard.

“We’ve been in the process of trying to sell Toucan,” said Jacquelyn Heise.

The family made the initial announcement in February that they were putting the business up for sale.

Gathered in the dining area of the restaurant on Tuesday afternoon the sisters,  Jacquelyn, Rebecca Moehr- Lambrecht and Elizabeth Moehr had a rather tearful update.

“Our last day here will be August 19 as we have found different owners and they will take over and kinda keep Toucan the same which we are very, very excited about,” said Jacquelyn. “We’re sad to go but happy at the same time and want to thank you all very, very much for the last 27 years.”

Since the business went up for sale there were about a half dozen interested parties. The sisters said they would prefer the new owners keep the 1950’s theme of the restaurant but after a while on the market they were more accepting. 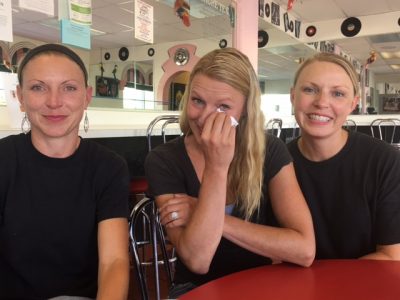 “Of course we’d hate to see it completely change but we were at the end of what we were doing and whoever bought it would do whatever they would need to do,” Jacquelyn said.

The buyer, according to the Moehrs, stepped in at the eleventh hour.

“It was to the point where we were going to end up leaving,” said Jacquelyn.

The sisters said the new owners will keep the custard and the business name.

“This is what we wanted; it’s time,” said Jacquelyn. “This is a family thing for us.”

The sisters said they are looking forward to doing their new thing, which includes a family trip.

“After the sale we’re going to get into several cars and all drive to Graceland,” she said. “Because we can!

“The only way we can go on vacation together is to close Toucan and we could never do that,” Jacquelyn said.

The girls picked Graceland as a promise to their mother who had been battling cancer. “Being able to travel now as a family is just the silver lining in this whole thing.” 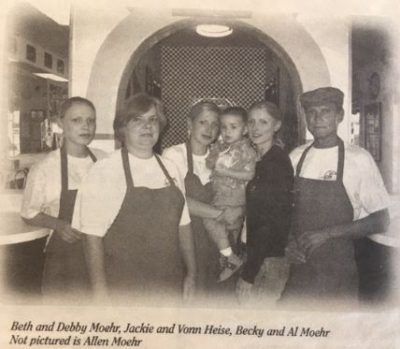 Another silver lining is being able to walk away from the 24-7 demands of the business. “Your phone is always ringing and you’re at work seven days a week,” said Rebecca Moehr- Lambrecht. “It’s going to be weird but phones are going to be quiet.”

On a positive note the Moehr family said they would really miss the people.

“We’ll miss the kids,” said Jacquelyn. “They’re like our kids and they’ll tell you this is a family down here.”

As far as a final shebang to go out in a blaze of glory with a big celebration… the girls said they prefer to leave quietly but hope people write their memories.

“It would be cool to get a memory book down here and have people share/write their favorite memory,” said Jacquelyn. 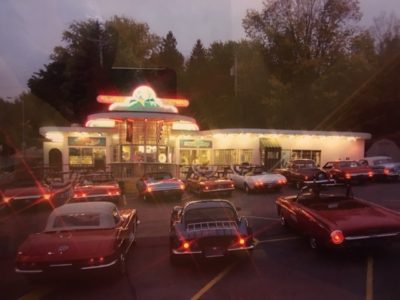