Kewaskum, WI – On Tuesday, Dec. 31, 2019 Pete Rettler will celebrate 26 years of running and he’s going to raise money to help complete the Wisconsin 9/11 Memorial in Kewaskum.

Rettler is wrapping up his 26th year of running every single day. He’s celebrating his health and paying it forward by raising money for the Wisconsin 9/11 Memorial.

The 5K run (3.1 miles) begins at noon on New Year’s Eve 2019 at the Kewaskum Annex Building, 204 First Street, and construction site of the Wisconsin 9/11 Memorial.

The cost to participate is $26 PER FAMILY.  Click HERE to register.

(an additional $3.21 charge will be added by eventbrite for the online registration) 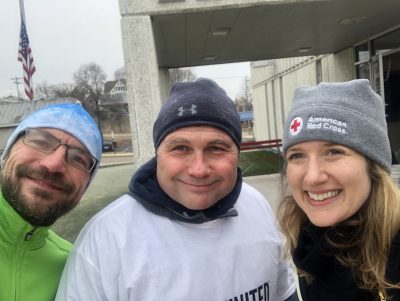