Records show John Kauper, 91, the last of Hartford’s Civil War Veterans, died Feb. 21, 1939 at the home of his daughter in Harvey, Illinois. 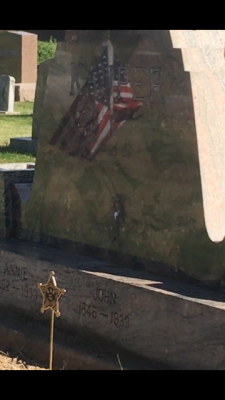 Kauper is one of 16 names on a Civil War monument blessed by Rev. Davies Edassery. “It is a way to offer tribute and honor them with this monument,” said Edassery.  “We thank them for their service and pray for their eternal reward and we continue to support all other service men and women.” 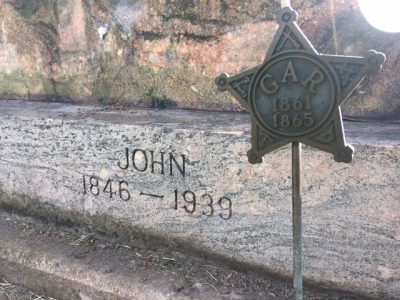 The gathering of about 25 people then recited the Our Father, Hail Mary and Glory Be to the Father and Edassery sprinkled the monument with holy water. 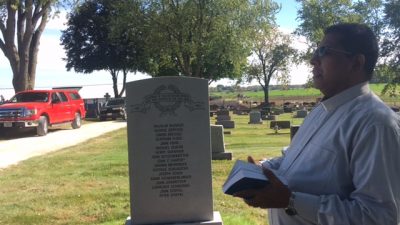 Tony Montag, co-chair of the Washington County American Legion, thanked the Knights of Columbus for making a donation to pay for the monument. Seven Legion veterans then fired a three-round volley followed by the playing of Taps. 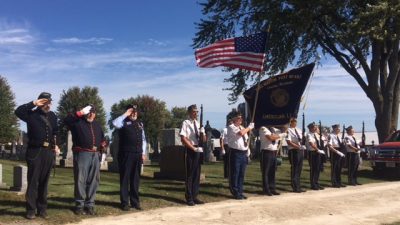 Following the prayer there was a brief ceremony to recognize Kauper and his great grandson Jim Kauper gave a little history. 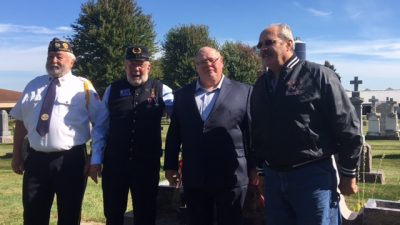 “John immigrated to the U.S. from Bavaria, Germany on March 17, 1848 when he was 7 years old,” said Jim Kauper.  “The family settled in St. Lawrence when he was 14 and because there were no computers, TVs I’m sure the war looked like a great adventure to the young man.” 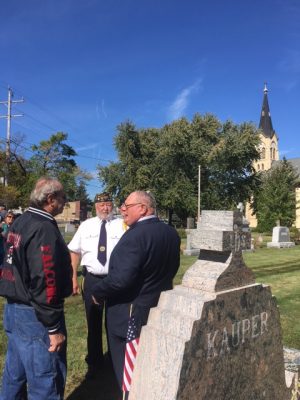 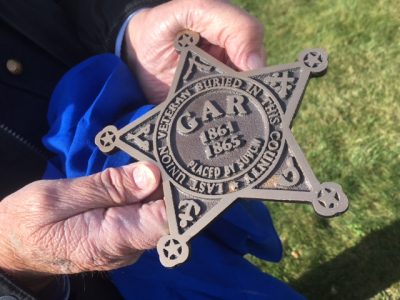 “This means quite a bit,” said Jim Kauper.

A portion of the presentation read at the ceremony is below.

“Therefore, we the Sons of Union Veterans of the Civil War, gather at this memorial in sacred memory of our fathers and their sacrifices.” If I may be so bold as to quote from the epitaph from another time and place “Tell them of us and say, For their tomorrow we gave our today.”

Previous articleSuccessful day for a brilliant Color Run
Next articleWas there a hard frost overnight?