Spaeth, who flew in from Colorado, played two pieces. “I was just shocked how incredible the accoustics are here,” he said. “They really brought in some pros.”

Spaeth was the headliner of sorts Monday night as Slinger High School held an open house. There were guided tours of the new additions and three seperate performances which also featured the SHS Choir and Jazz Band. 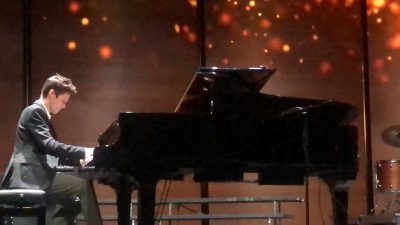 “We really wanted a production to celebrate the grand opening of the auditorium,” said Superintendent Daren Sievers.

A survey showed taxpayers were not in favor of spending $11.5 million on an auditorium and the Slinger School Board listened.

“We saved $1.5 million by taking the balcony out,” Sievers said about the $9.8 million facility. 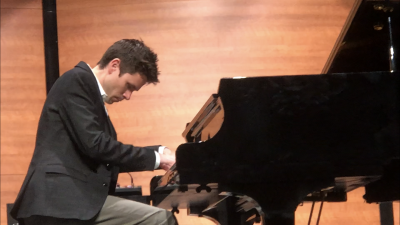 The Slinger School District paid off all its debt before moving forward with the 2016 project.

There are auditions currently underway for the first performance at the new PAC.

The opening production at the new PAC will be Wizard of Oz on November 1,2,3 and 4.