September 15, 2019 – West Bend, WI – There was a huge turnout Saturday during Shred Day at Horicon Bank in West Bend.

Even before the 10 a.m. start there were cars lined up from the bank parking lot all the way to the entrance of Walmart.

Local veterans from the Stars & Stripes Honor Flight were in attendance as donations collected during the free event go directly to the Honor Flight. 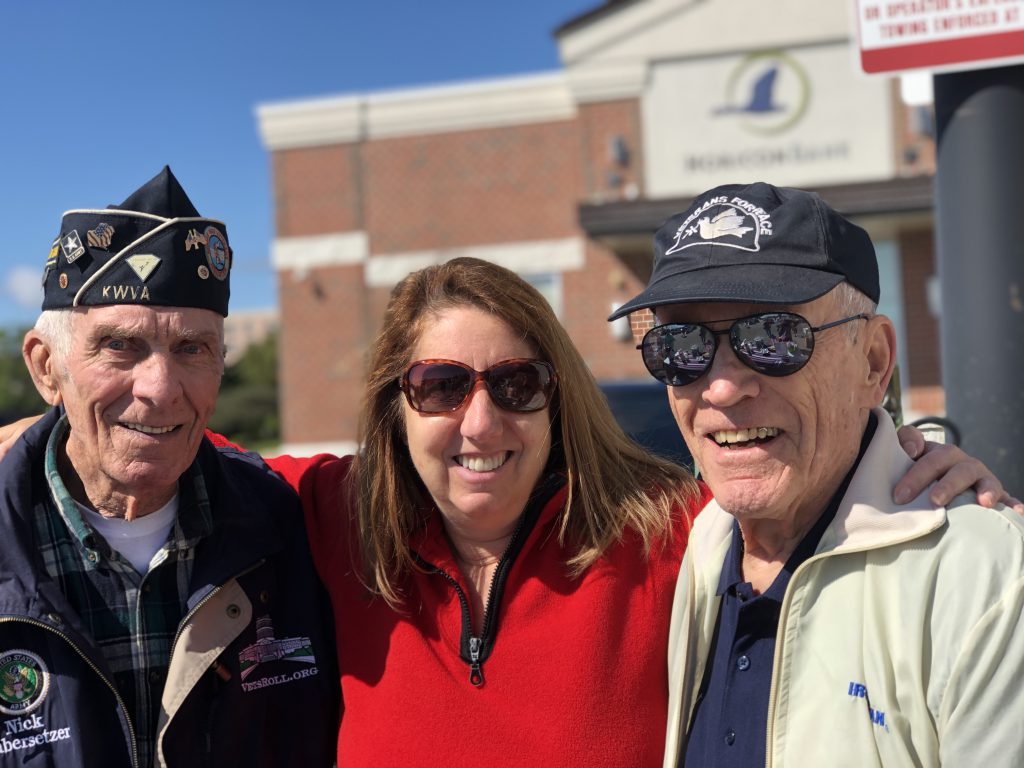 Veterans including Nick Habersetzer, Tom Landvatter, Richard Mihalek, Irving Marsh, and John Zink stayed the entire two hours of the event helping neighbors unload their boxes of items to be shredded and shaking hands in thanks for donations to the Honor Flight.

The next Honor Flight is September 28. There are 17 veterans from Washington County on the flight. Click HERE to read all the names.