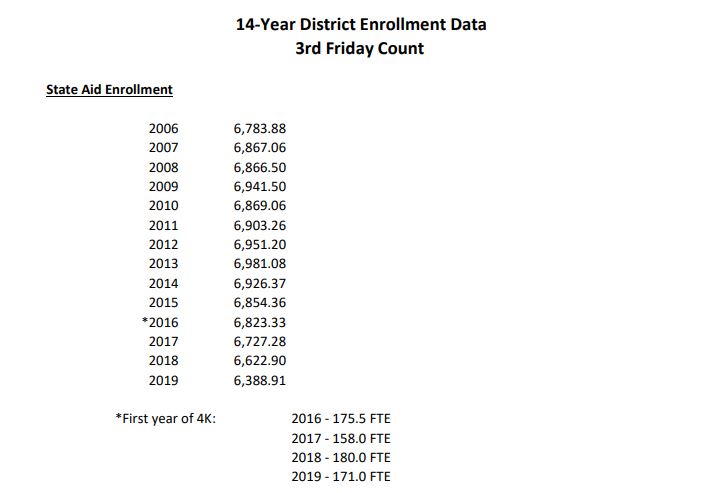 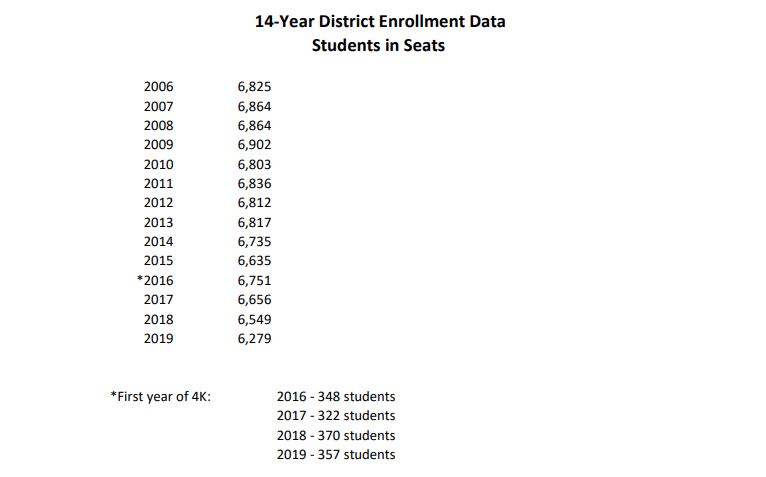 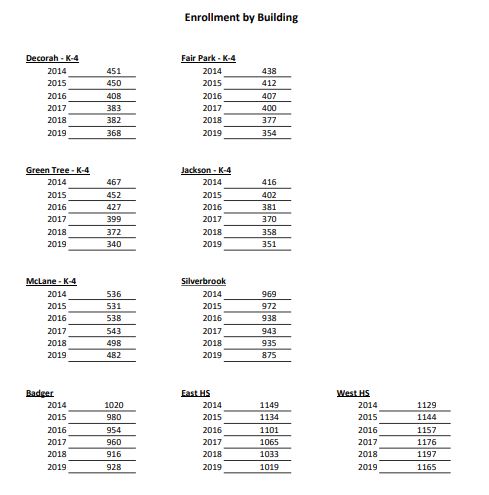 On a side note: The West Bend School District Private Task Force studied the school district and its facility needs over the summer. It released a report of findings on October 14. One of the findings took into account the declining enrollment and loss of state aid.

School Board passes budget on 7-1 vote:

Also on Monday the School Board passed the 2019-2020 budget on a 6-1 vote. Board member Kurt Rebholz was the lone dissenting vote.

Question for discussion: If the district predicts the high school enrollment will drop to about 2,000 in the next three years and be down to 1,669 by 2028 would that be the time the community discusses moving to a single high school.

It was March 2015 when the School Board rolled out a four-step plan should the merging of the high schools ever be brought up for discussion.

Steps included a community task force and a non-binding referendum held during a gubernatorial or presidential election. Nowhere in the four-step plan was there any mention of enrollment numbers triggering a discussion.