May 15, 2021 – Washington Co., WI – The Washington County Board decision regarding safety improvements at CTH S and STH 175 and the elimination of the CTH W extension is being challenged by a county supervisor in West Bend. District 3 supervisor Chris Bossert sent the letter below to county executive Josh Schoemann asking him to veto amended Resolution 11.

That measure passed Wednesday night on a vote of 22 – 4. 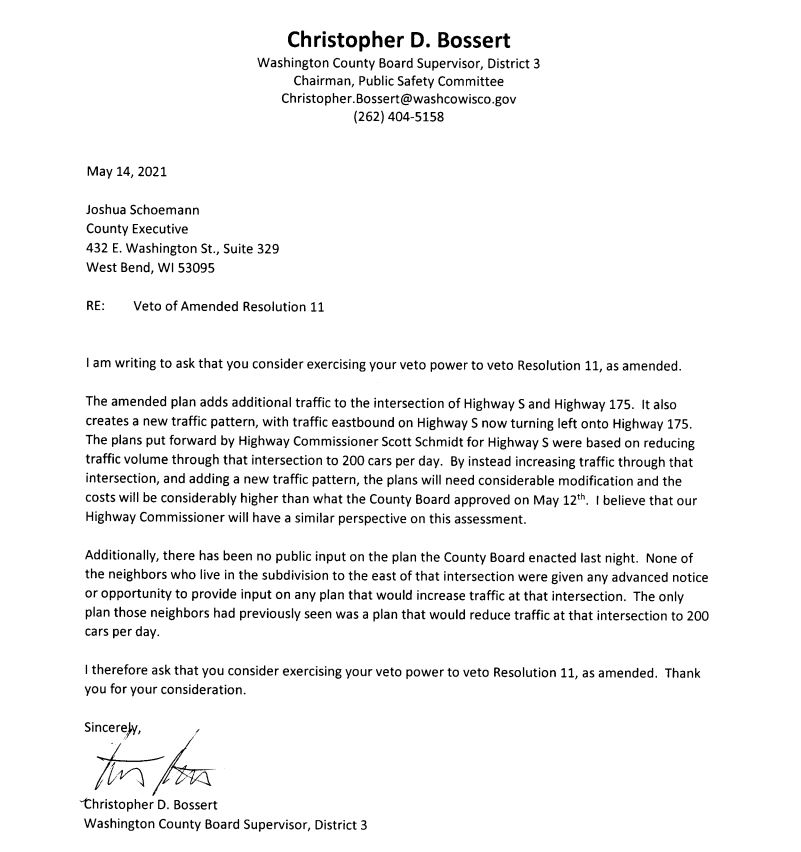 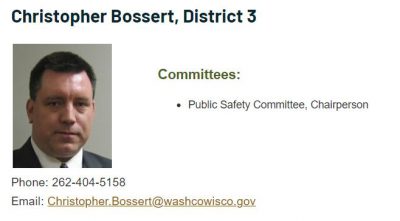 Wednesday’s vote was the third time the issue, tied to a proposal for faster travel and safety between Hartford and West Bend, has been voted on by the county board.

David Wenninger’s century farm and boyhood home were in jeopardy with the latest round of discussions. Wenninger said the idea of government taking his farmland was making him sick. If the decision is vetoed by Schoemann this would be the fourth time the lifelong property owner on STH 175 would have to be concerned about losing his farmland.

During Wednesday’s meeting District 25 supervisor Jeffrey Schleif classified the comments from farmers about losing their land as “a lot of noise.”

Schleif said his father recently died and his farmland was sold to another farmer. He said he didn’t understand why farmers who would lose their land at the hands of a government decision were upset. “All this emotion about losing farms… I don’t buy it,” he said and then waived to the gallery full of local farmers and their families.

Several county supervisors indicated a 22 – 4 vote is a significant decision.

Bossert was one of the four supervisors who voted against amended Resolution 11. The other supervisors were Denis Kelling, James Burg and Jodi Schulteis.

Washington county executive Josh Schoemann has until end of Monday, May 17 to decide whether to veto the decision. Contact Schoemann at [email protected] or call 262-306-2200

Click HERE to see how your supervisor voted this week.

Previous articleHouse-Hunting? Choose a local lender who supports West Bend | By Karen Stensrud
Next articleVIDEO | Spring pop up Plant Sale on Saturday, May 15 at Leeward Gardens in Germantown