Home
»
Around the Bend
»
Washington House Pub to close this weekend

Owner Eddie Daniel said the bar will close after business on Saturday, Jan. 19. 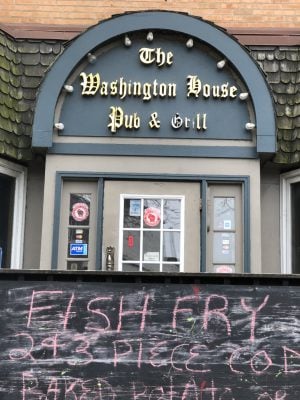 Daniel purchased the property in January 2012.

The article below was posted in 2012 in Around the Bend by Judy Steffes.

“I’ve been looking at this building for a lot of years but when Games (tavern) finally shut down I realized the property was going into foreclosure, that reduced the value and it was my opportunity to jump in,” said Daniel.

Daniel plans to open a bar, kitchen and hall and call the establishment The Washington House Pub. 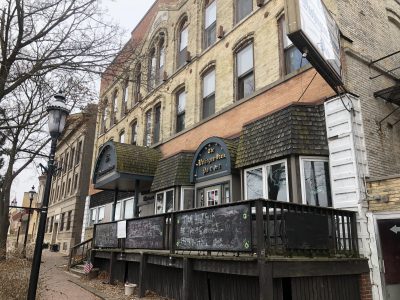 “I like the features and the age of the building,” he said. The Washington House dates to 1873.

“The inside is beautiful with hardwood floors, skylights, old brick, and ceiling fans.”

There’s also a penthouse and 13 apartments. Daniel plans to retain the history of the building while also bringing it up to code.

“I’m going to sandblast the outside and replace the windows, but still keep a vintage feel about the place,” he said.

The old Washington house had been sold in lieu of foreclosure on Aug. 2, 2011 to M&I Regional Properties LLC.

“I like the downtown because of the feel and there’s money to be made with this building,” said Daniel. 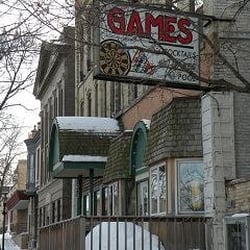 Daniel said although he is closing the tavern he is not selling the building.

He hopes someone elses leases the restaurant/bar space to try to make a go of it.

Daniel is still in the bar business. He owns Eddie’s Lake House and recently reopened Moonlighting in Barton.

On a history note: It was Sept. 2015 when shots were fired at Washington House Pub & Grill in West Bend.

Two men got into a scuffle which drifted into the women’s bathroom. Police said a loaded handgun was drawn and when the men wrassled over it a shot was fired into the floor. There was actually a lady in one of the stalls. She was not hurt.