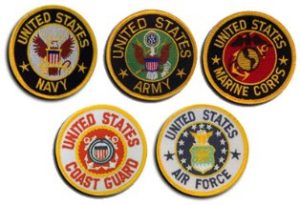 West Bend High School (WBHS) Social Studies Teacher, Assistant Track and Field Coach and Co-Advisor for the National Honor Society, Scott Mindel, has a goal, but it can’t be achieved without the help of the West Bend community and WBHS alum and veterans.

Mindel states, “Last year for Veterans Day I had collected around 225 names/photos of WBHS veterans.  After a lot of research and continued family and friend contributions, the list stands at over 1150 names.
“My goal,” says Mindel, “is to reach 1250 by Veterans Day 2016.”
Mindel also has a list of about 100 names of WWII era veterans but do not have complete information on them, especially their branch of service.  He has offered to send the list of these veterans to anyone who would like to see if their relatives/friends are able to identify these vets and help with gathering information for the tribute.
The format of the current version of the film has been changed from its original, says Mindel, and now lists all names/photos of the veterans that I have found in alphabetical order.
The current version of the film runs on a continuous loop on a TV monitor in the main hallway of the West Bend high schools as a tribute.  Plans are in the works by Rob Willmas, Technology Education teacher and veteran himself, to have his students create a border/frame for the TV and display.  Also it has been discussed to have a similar display put up at the West Bend Community Memorial Library.
Mindel notes, “I would really appreciate it if the community could lend a hand with more submissions.  It is a project that has taken a lot of my time/effort but the grateful responses from the veterans, their family members and friends makes it a labor of love.  Its my way to give back to those who have sacrificed for our community and country.”

Mindel can be contacted at: