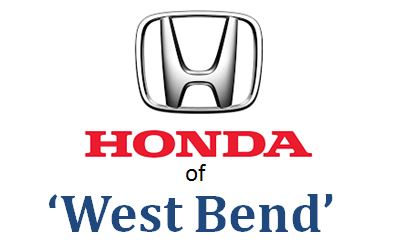 Tonight a vote will be taken so development can move forward on a new Honda location as the West Bend Common Council votes to annex 43.2 acres from the Town of West Bend. 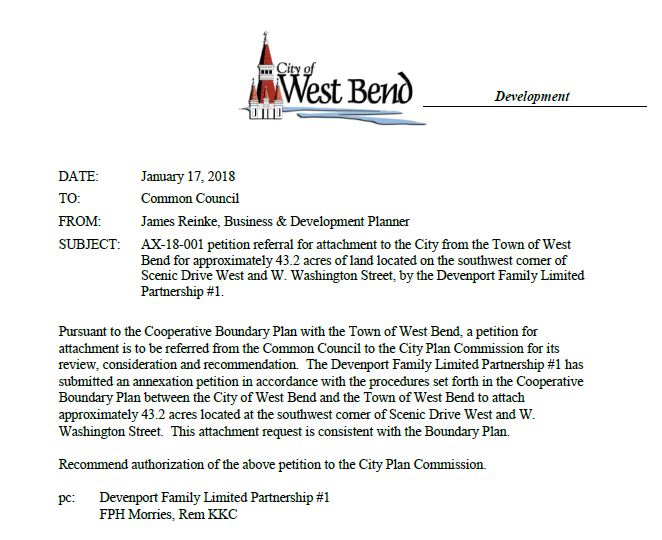 Karl Schmidt, CEO with Morrie’s Automotive Group of Minneapolis, was officially awarded “the point” for the Honda dealership in April 2017.

Shortly thereafter Schmidt flew to West Bend to scout a location for the new store. “Honda of West Bend or Morrie’s Honda” were names Schmidt batted about last year.

“Typically property owners are a bit opportunistic and they want twice as much as what they originally paid for their property,” he said.  “I can’t blame them.” 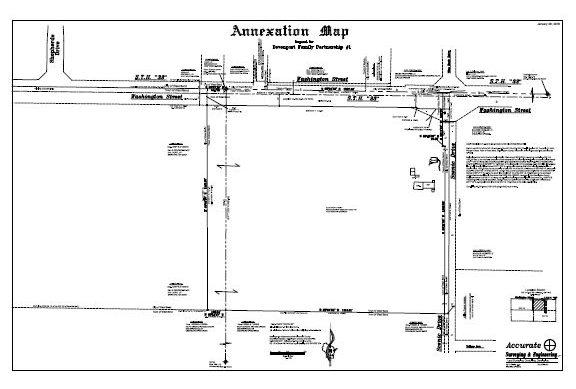 Schmidt finally honed in on a parcel on the west side of Highway 33 and Scenic Drive.

“I like the corner and visibility and it was kind of serendipitous because we flew into the West Bend Airport and one of the people at the airport, his family owns this land,” he said of the Devenport family.

The past few months have been filled with working with the Wisconsin Conservation Congress and the Department of Natural Resources. 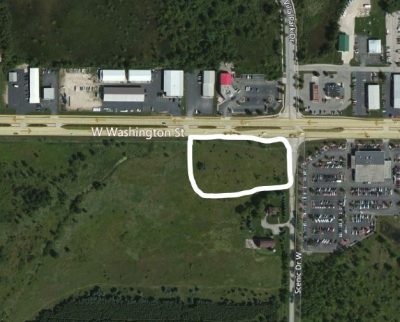 Parcel drawing not to scale

City administrator Jay Shambeau said the annexation is necessary so the property can hook up the utilities, like sewer and water.

“This is a 40-acre property involved in the attachment and it’s part of the boundary agreement with the Town of West Bend,” said Shambeau. “Upon request that land has to be annexed to the city of West Bend.”

The property is currently owned by Devenport Family Limited Partnership #1.

According to Washington County the parcel was purchased in 1988 by Douglas Devenport. In 1996 it was transferred to Craig Devenport and the Devenport Family Limited Partnership #1.

The council meeting gets underway at 6:30 p.m. in the council chambers at City Hall.  Click HERE to look at the agenda.

Morrie’s Auto will have representative Lynn Robson at the meeting. ((UPDATE: She’s snowed in at the Minn/Wis. border and in her place Ben Weiland from CBRE will be at tonight’s meeting.)

Schmidt said, moving forward, the design is pretty straight forward and hopefully they can break ground in a couple months.

“We’re already in the process of designing the building with a manufacturer and what we’re really working through right now is the annexation and being able to proceed,” he said.

Should the annexation move through tonight, Schmidt expects to start building in late spring or early summer.

Last May, Mayor Kraig Sadownikow said the Morrie’s group sounds a bit like “the Twin Cities version of Russ Darrow.”

“It’s absolutely exciting for West Bend,” said Sadownikow. “Honda is a big name and not only from a development standpoint but bringing visitors from outside the area; we’re looking for that.”

In terms of another car dealership coming to West Bend, Sadownikow said overall the city’s business base is pretty well rounded.