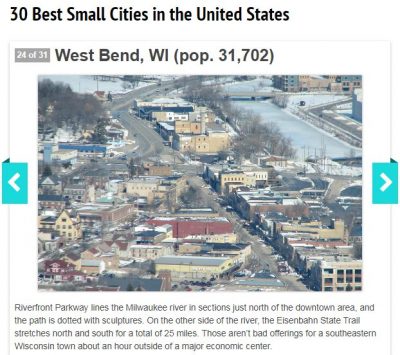 The qualifications for the ranking reads: “Big, crowded cities don’t have a monopoly on cultural offerings. If you’re looking to visit (or move to) a place that flows to a slower pace and has a lower cost of living, these towns under 100,000 residents still have plenty to cool things to do.”

The copy reads: “Riverfront Parkway lines the Milwaukee River in sections just north of the downtown area and the path is dotted with sculptures. On the other side of the river the Eisenbahn State Trail stretches north and south for a total of 25 miles. Those aren’t bad offerings for a southeastern Wisconsin town about an hour outside of a major economic center.”

What would you tout as making West Bend one of the TOP best small cities in the U.S.? 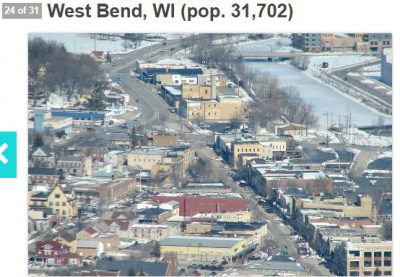