Home  »  Jackson • Washington County   »   Woman crawls out of ditch following accident. Taken by Flight for Life to Froedtert in Milwaukee. 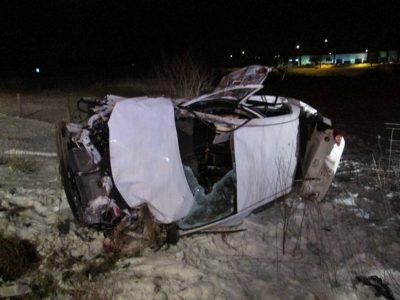 Jackson Police said the eastbound Toyota Corolla failed to negotiate a roundabout, went airborne, landed in the ditch, and rolled-over several times. The woman was found lying on the side of the highway after crawling out of the vehicle.

The driver was initially transported to Froedtert St. Joseph’s Hospital by Jackson Rescue, and then transferred to Froedtert Hospital in Wauwatosa by Flight for Life. She was reportedly conscious and alert on Thursday morning.

Washington County deputies assisted at the scene. Due to the complexity of the crash, police requested assistance from the sheriff’s Crash Reconstruction Team. Eastbound Highway 60 at Cedar Parkway was closed until about 4 a.m.