Home  »  Thecla Richter • Washington County • West Bend   »   The history of Thecla Richter – life of a West Bend nurse during WWI. “See all these strong men wounded so seriously that they cannot get well, or crippled, but this is war.” 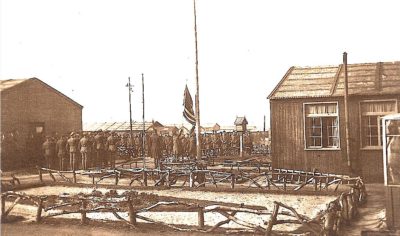 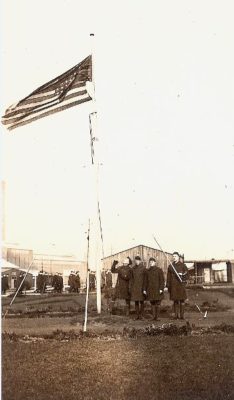 Our trip from England to France was very uneventful.  We all expected to be sick because the English Channel is very rough.  We were well convoyed by destroyers and also by two dirigibles floating about above us.

We were all taken to our hospital in large buses. Most of the nurses were assigned to huts for sleeping and living quarters.  A few had to go in tents because there were not enough huts.  I feel quite fortunate because I am in a hut. The rooms are absolutely bare with the exception of a board bunk but that has been replaced by very comfortable cots.

We brought some material from London and now are busy covering boxes for tables and putting up shelves. I also brought two pillows and have our steamer rugs on our cots.  Now our room looks real homelike. 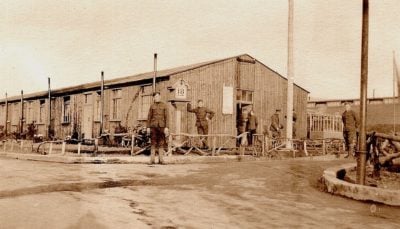 ….  The hospital which we have charge of can take care of 2000 patients.  All patients are in tents with the exception of the most serous cases which we keep in huts.  We have three huts of 30 beds each.

It is the saddest place to go into these huts and see all these strong men wounded so seriously that they cannot get well, or crippled, but this is war.  At present we have a few American soldiers in our hospital but the majority are Scotch, Australian, New Zealanders, etc.

I am not having the luxuries I had been having in Evanston but really I am happier and feel as though life were worth more.

Our unit is invited over to another American hospital (a Boston unit) for tea on the 4th of July.  There are four hospitals right around us so even though we are in the country, we are never alone. 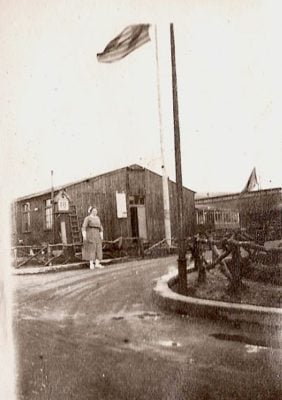 The Y.M.C.A. is quite popular here.  They give concerts of some kind or other almost every night.  We always go.  They are given mainly for officers and nurses.  Occasionally they give some out door concerts which are attended by everybody.

If you send any food, pack it in tin boxes and sew a piece of muslin around it.  Write address on the muslin and also on paper which is on the outside.