Dec. 7, 2016 – Washington County, WI – Flags will fly at half staff today across Washington County to mark the 75th anniversary of the attack on Pearl Harbor. The surprise military strike happened in the morning on Dec. 7, 1941.

The U.S. Naval base was attacked in two waves by 353 Japanese fighters, bombers and torpedo planes; 2,403 lives were lost. The next day, Dec. 8 the U.S. declared war on Japan.

In 2015 Washington County’s only remaining survivor of Pearl Habor died. Jerry Jerome, 93, passed away in January.

Jerome served in the U.S. Army from 1940 – 1945. During WWII he was with the C-Company 65th combat engineers, which was part of the 25th Infantry Division. He faithfully served his country in the Philippines and on Guadalcanal.

On December 7, 1941, Pearl Harbor was bombed by the Japanese and Jerome was stationed that day in Hawaii at the Schofield Barracks.

Since 1991, Jerome had returned every five years to Pearl Harbor and the U.S.S. Arizona.

WWII veteran John Weinberger of West Bend was also a survivor of the attacks on Pearl Harbor.

In 2008, during a Veterans Day ceremony outside the Old Courthouse Square Weinberger collapsed and died later that day. He was 85.

Jerome died in January 2015. His tribute story is below. 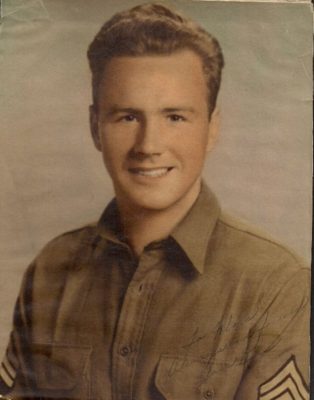 A “humble hero,” those are the words many use to describe WWII veteran Jerry Jerome. The 93-year-old, the only remaining veteran in Washington County to have survived the attack on Pearl Harbor, died last week Thursday following a heart attack.

Jerome served in the U.S. Army from 1940 – 1945. He was in charge of the supply room at the Schofield Barracks in December 1941 when the attack occurred at Pearl Harbor. “There was a shell that came through the roof of his barracks and was embedded in the floor,” said Tom Jerome, the second youngest of six children. “The bomb never exploded and my dad had to walk around it to get outside and start passing rifles to his comrades.”

Over the years Jerry Jerome has been part of the military fabric of the veteran’s community in Washington County. “He certainly touched a lot of lives,” commander John Kleinmaus with VFW Post 1393 said. “He was such a humble fella, such a great guy; he was an inspiration to all of us.”

Active in the VFW, Honor Guard and the local American Legion, Jerome became a familiar name in the school system in 2010 as students from Holy Angels, Badger Middle School and Slinger High School worked to raise $8,800 to send him back to Hawaii to commemorate the 70th anniversary of Pearl Harbor.

The Slinger High School band was also selected to perform at the ceremony in Hawaii and band director Dave Hanke said Jerry Jerome became “part of our band family.”

“Very quickly he embraced our kids and our kids embraced him,” Hanke said. “Jerry was so willing to share his experiences while he was in Pearl Harbor and the sidebar benefit was our kids got to know a really wonderful, wonderful man.”

Hanke described Jerry Jerome as “an American hero.” It was a title Jerome admitted he wasn’t comfortable with. “I told him you’re representing all those people who didn’t come back and we need you to share your history with us,” Hanke said.