Around the Bend Updates & tidbits by Judy Steffes 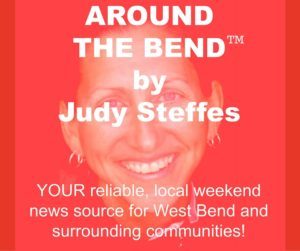 -About 25 people jumped into Big Cedar Lake on New Year’s Day for the 3rd annual Polar Bear Plunge at the House of Heileman’s.

-January 2016 is the 11-year anniversary of Maricio’s Pizza, 1726 Barton Avenue in Barton. On a history note, in September 2012 Tomaso’s changed its name to Maricio’s in Barton. “It’s a combination of our names, Rick and Mary,” said co-owner Mary Waters. “It was a business decision,” according to Waters as the family-run operation separated itself from the Tomaso’s franchise of Cedarburg.

Previous articleComforting Sounds by Judith Ann Moriarty – The Storyteller
Next articleVIDEO: Get healthy at Wellness Found. Sign up for classes today