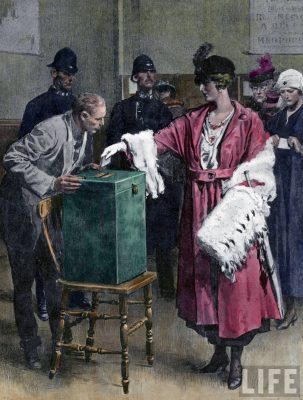 March 23, 2018 – Washington Co., WI – The question has come up in several instances in Washington County with regard to the April 3 election and whether it is legit that candidates and their spouses can work the polls.

This election Justin Reichert is running for District 3 alderman in West Bend. Reichert’s wife, Ashley, is the Washington County Clerk who oversees the election results.

Reichert said it is perfectly kosher for her to complete her job on Election Day because the poll duties are totally separate from her husband’s municipal race.

“I’m only providing the supplies and the general support to oversee the election,” said Ashley Reichert. “I’m not the filing officer for that position; the filing officer is the city of West Bend and I’m completely removed from all of that.”

Reichert said the database programs at the county are hired out so there’s complete separation.

Canvassing, also for those municipal races happens at the municipal level.

“I only canvass county races, state and federal so I’m completely removed from that,” she said.

Reichert said a county clerk is also an elected position and if her name were on the ballot she would recuse herself from the canvass.

Reid Magney is the public information officer with the Wisconsin Elections Commission.

“If you’re using the example of Justin Reichert, he was required to submit nomination papers to the city clerk and not the county clerk,” he said.

“When they put together the ballot the city clerk determines the order the names are on the ballot and not the county clerk.”

Magney said the county clerk does print the ballot but the information comes from the city clerk.

“The county board of canvassers will only deal with county races and state races in this election so she won’t have anything to do with the counting of the votes,” Magney said. “There is absolutely no issue in an election like this.”