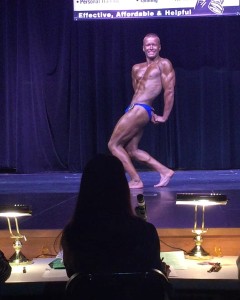 There’s a bodybuilding champion in our midst. Drew Ziegler, 16, is a junior at Living Word Lutheran High School in Jackson. He recently took the title at the Wisconsin Natural Teen Bodybuilding contest in Madison. Ziegler also won the men’s middleweight class.
“I started working out when I was 9 years old,” said Ziegler. “This is the second contest I entered, the first was in April.”
During his first contest Ziegler placed third in the teen class and fifth in the men’s class. That show was in April. Over the last six months Ziegler has been training with his brother and local bodybuilding pro Tony Chemer, owner of Paradise Springs Fitness. 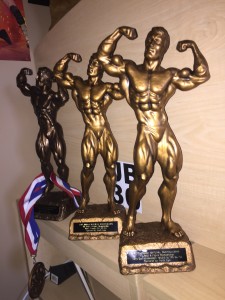 “I’m normally 190 pounds,” said the 5-foot-10 Ziegler. “But I competed at 175 pounds.”
Judges liked Ziegler’s legs and conditioning. “I need to work on my back and my shoulders,” he said. “But some body parts come easier because you have a genetic predisposition; once I learn how to target those muscles better then I’ll be able to get them to grow.”
Preparing for the contest, Ziegler trained throughout the day. His mornings were filled with about 30 minutes of cardio followed by posing. “After school I’d go to the gym at the Kettle Moraine YMCA. I’d be there for a couple hours and then I go home and do more cardio and posing,” he said.
Discussing the importance and technique of posing Ziegler said, “It’s an interesting way to be able to display a lot of hours of conscious thoughts of developing a good physique. You have to tense every muscle in your body. It’s not too exhausting, you prepare for it.”
While training for a contest Ziegler said his diet changes as he gradually eats less and fills up on water.
“I eat pretty clean; chicken, rice, potatoes and steak and almonds. I definitely don’t drink soda,” he said. Energy drinks aren’t part of the plan either. Ziegler said he drinks at least a gallon and a half or two gallons of water a day.
Balancing athletics with academics Ziegler carries a 3.3 Grade Point Average and finds he can get a lot of homework done while at school including college prep classes.
“If anybody wants to get into bodybuilding I’d tell them to have a plan, have a vision and a reason to do it. I love bodybuilding. It gives me purpose to wake up every morning and I want to take this as far as possible,” he said.