Home  »  Uncategorized   »   Flags will fly at half staff in Washington Co. on Wednesday, Dec. 7 in tribute to National Pearl Harbor Remembrance Day 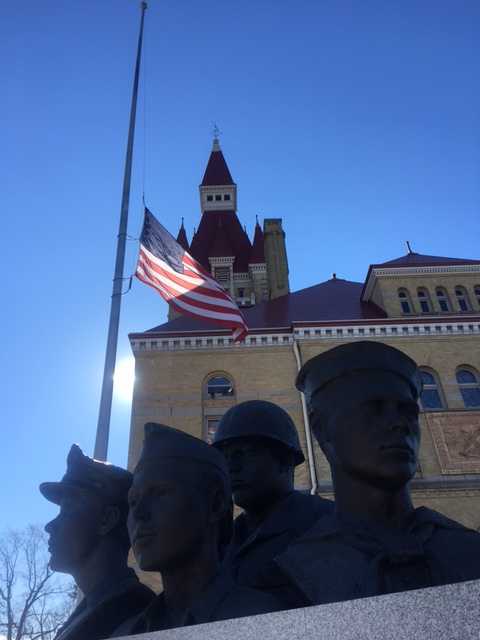 The flag of the United States and the flag of the State of Wisconsin should be flown at half-staff, Wednesday, December 7, 2016, in honor of the American patriots who died as a result of their service at Pearl Harbor.

Feel free to submit your community photo as a tribute to local veterans.