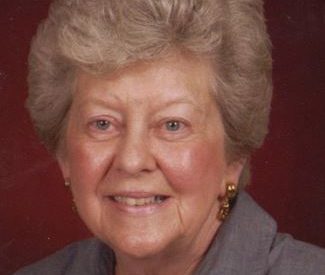 She was born on September 11, 1932 to the late Paul and Linda (nee Anderson) Ziehr in Fredonia, WI. At the age of six months following the death of her mother she went to live with her aunt and uncle, Albert and Edith Keehn who raised Beverly in Boyd, WI. Bev graduated from Port Washington High School. On May 12, 1956 she was united in marriage to Norbert M Klein at St. Rose of Lima in Fredonia, WI. She was a wonderful stay at home mother to their six children. Afterwards she was employed at the Port Washington Savings and Loan. Bev enjoyed cooking, sewing, and traveling to many interesting places, including Rome, Paris, and London. She especially enjoyed spending time with her family.

In addition to her parents, she is preceded in death by her two sisters, Virginia (Clarence) Mours and Shirley (Ralph) Lange; four brothers, Jerry (Janette) Ziehr, Donald Ziehr, Claytus Ziehr, and Delton Ziehr; a sister-in-law, Lorraine Ziehr, and her aunt and uncle, Albert and Edith Keehn.

The family will greet relatives and friends at the church Wednesday from 10:00 a.m. until the time of Mass.

Memorials in Beverly’s name can be made to St. Frances Cabrini Church.

The family would like to thank Dr. Robert Gibson, the West Bend Fire and Police Departments, and the EMT’s for all their help and care.

The Myrhum Patten Miller & Kietzer Funeral Homes have been entrusted with Beverly’s arrangements.