Home  »  Uncategorized   »   Obit: Britt J. Lobitz, 59, of Kewaskum. He was a baseball coach for numerous pony leagues around the Kewaskum area 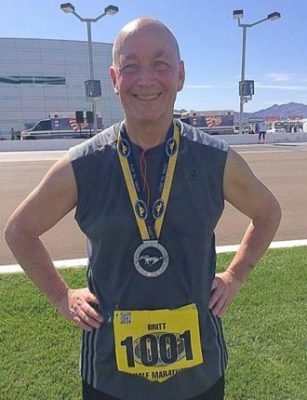 Britt was born on August 13, 1957, the son of Benjamin and Shirley (Dusenbury) Lobitz. On May 20, 2000, he was united in marriage to Pamela Rewald at St. John’s Hospital Chapel in Santa Monica, California.

Britt served as a Fireman Battalion Chief at Chevron in El Segundo, California for 20 years and was also a beloved member of the Weix Industries Family.

He was a baseball coach for numerous pony leagues around the Kewaskum area. He will be deeply missed by his wife, family, and all who knew him.

Those Britt leaves behind to cherish his memory include his wife, Pamela; two children, Jessica Rewald and Matthew Rewald; his parents, Benjamin and Shirley Lobitz; two brothers, Benjamin and Bryan Lobitz; three sisters, Sharon Johnston, Sindy Fleming, and Susan Graham; his parents-in-law, Ronald and Nancy Rewald; brothers and sisters-in-law, other relatives and friends.

In honor of Britt’s wishes, a private Mass in California will be held.