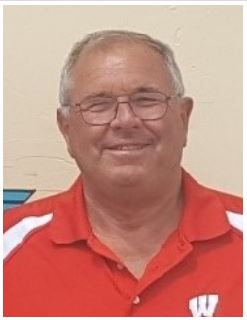 Frank was born on July 15, 1949, in Fond du Lac, the son of Clarence and Ursula (nee Fleischman) King. On December 11, 1976, he was united in marriage to Jane Hintz at St. John of God Catholic Church in the town of Farmington.

Frank was a member of Holy Trinity Catholic Church in Kewaskum. He took great pride in working for the phone company for many years. People always knew Frank was around by his hearty laugh. He loved the game of golf and was a member at Hon-E-Kor Country Club in Kewaskum. Above all else, Frank loved his family and his grandchildren. He will be dearly missed by all who knew him especially his family and many friends.

Frank was preceded in death by his father; his father-in-law, Ralph Hintz; a brother-in-law, James Helminger; and his grandparents, Esther and Art Fleischman.

A Mass of Christian Burial for Frank will be held at 6:00 p.m. on Tuesday, October 16, 2018, at Holy Trinity Catholic Church, 331 Main Street, in Kewaskum with Rev. Jacob Strand officiating. A private burial will take place on Wednesday at Holy Trinity Cemetery in Kewaskum.

Frank’s family will greet relatives and friends at the church on Tuesday from 3:00 p.m. until the time of Mass.

The Myrhum Patten Miller and Kietzer Funeral Home has been entrusted with Franks arrangements.