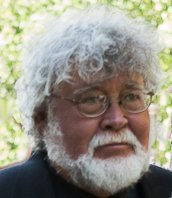 Mike was born on March 26, 1955 to Robert and Jean (nee Chartier) Dedert. He graduated from Nicolet High School, class of 1973. He married the love of his life, Sharon (nee Kenehan), on January 10, 1976. Mike was involved in his family’s printing business and later worked in machine repair at a variety of companies including Quad Graphics, Arandell, and Faustel.

Finding a unique niche in his field, he realized his life-long goal of being self-employed as an independent contractor and consultant.

Mike loved the outdoors and was never more content than strolling through his woods or gazing over his property from the balcony.

Some of his many hobbies included aviation, weather tracking, hunting, fishing, boating, snowmobiling, motorcycles, racing, electronics, and repairing just about anything that anyone ever needed. He inspired and taught many young people about fishing, hunting, waterskiing, and so much more.

He was always ready with a word of advice or a creative solution to any problem. Above all, he was dedicated to his family.

Mike is survived by Sharon, his devoted wife of 41 years, and the children he was so very proud of, Ryan (Heather) and Sara (Levi) Boyer. He was continually blessed by his grandchildren Makayla, Hailey, Ashlyn, Brianna, Nathan, Chloe, and was looking forward to meeting Rylie and a baby girl on the way. Mike is further survived by his parents Bob and Jean, grandmother Lorraine Chartier, siblings Linda, Karen (Doug), Don (Christa), nieces, nephews, other relatives and many, many friends.

A Mass of Christian Burial will be at 10:00 am on Saturday, April 22, 2017 at Resurrection Catholic Church (215 Main St., Allenton 53002) with Father Richard Stoffel presiding. Visitation will be at the Phillip Funeral Home of West Bend on Saturday, April 22 from 12:00 pm – 2:00 pm followed by the Funeral Service at 2:00 pm with Pastor Paul Graves presiding. Interment at Sacred Heart Cemetery to follow.  Memorial contributions to the Mike Dedert Memorial Fund at BMO Harris Bank are appreciated and preferred to flowers.